These Coronavirus-Fighting Smart Glasses Can ‘See’ Your Temperature 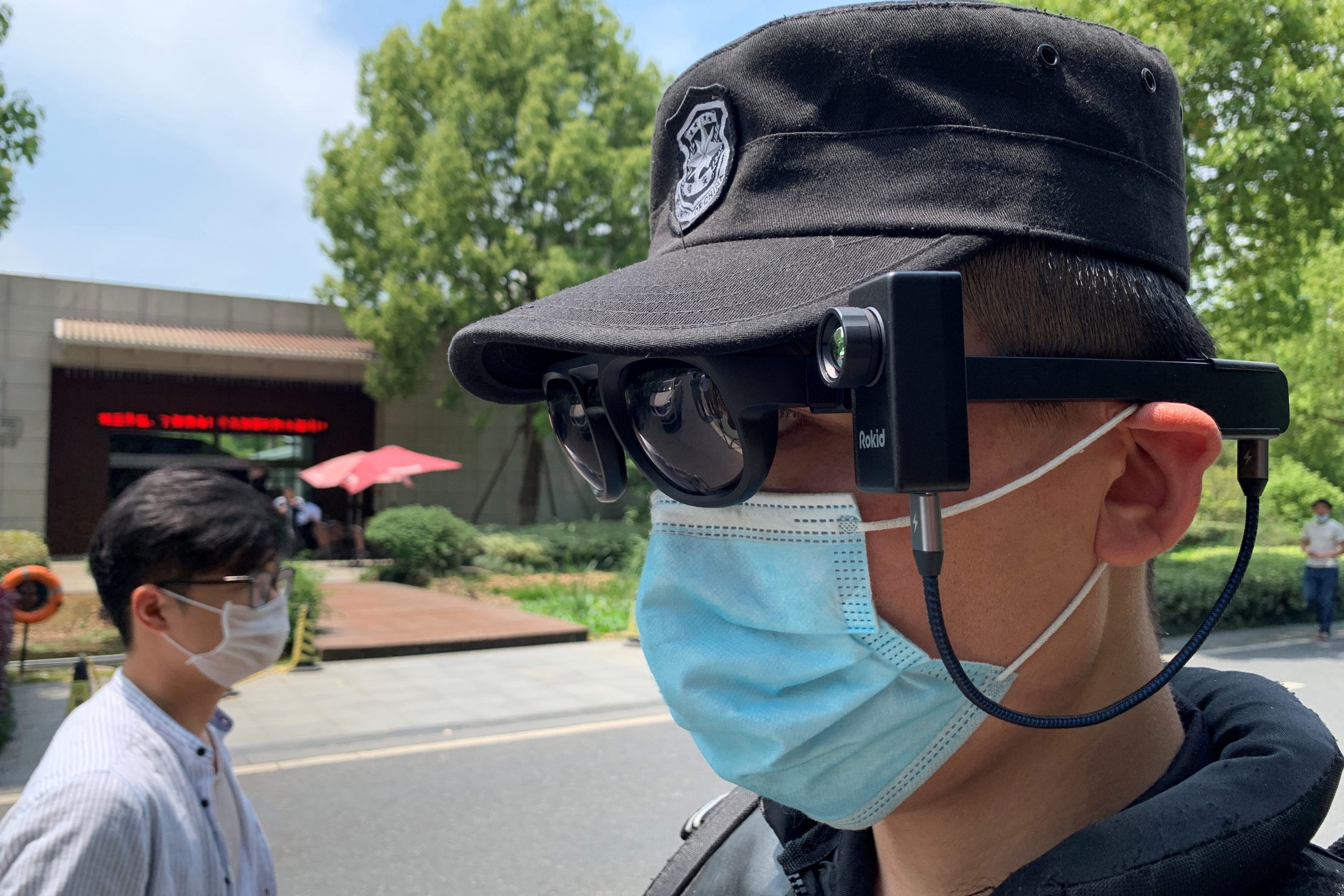 Chinese startup Rokid has found a unique and somewhat terrifying market foothold for its AI and augmented-reality tech amid the coronavirus pandemic: smart glasses that clock the temperature of those around you.

The Hangzhou-based company has already sold roughly 1,000 pairs to governments, businesses, and schools, according to a Reuters report. While its products are typically tailored to manufacturing and video game markets, Rokid recently pivoted to creating a better way to streamline screening for covid-19 symptoms in response to the outbreak. In about two weeks, the company developed what it’s calling its T1 glasses, a device that can “see” people’s temperatures up to 3 meters (roughly 10 feet) away.

Here’s how it works: The glasses come equipped with an infrared sensor that measures nearby temperatures with the help of a camera, and communicates that information in real-time to the display. It carries a Qualcomm CPU, 12-megapixel camera, Rokid’s U.S. Director Liang Guan told TechCrunch last month, and can also deploy augmented reality features to record photos and videos hands-free.

Given the prevalence of fixed thermometer checkpoints in industrial parks and public spaces across China amid the outbreak, Rokid Vice President Xiang Wenjie told Reuters that demand for its T1 glasses has been ramping up rapidly.

“Apart from fixed temperature measurement, T1 can provide portable, distant and prompt temperature checking, which would be a great help,” Xiang said.

As of early April, Rokid reported it was also negotiating deals to supply its T1 smart glasses to American hospitals and local governments, per TechCrunch.

In 2018, Rokid completed a round of “billion-dollar” financing, per the company’s website, led by investors Swiss bank Credit Suisse, Singaporean holding company Temasek, and others. The company is currently working on an upgraded model capable of measuring multiple temperature readings at the same time to quickly scan crowded spaces such as malls and airports, Reuters reported.

Chinese authorities have been deploying increasingly Orwellian technological measures to track the spread of coronavirus as far back as February, with a few big names in American tech following suit soon afterward. Amazon, for instance, has begun using thermal cameras to quickly scan workers at its warehouse and delivery facilities for fevers.