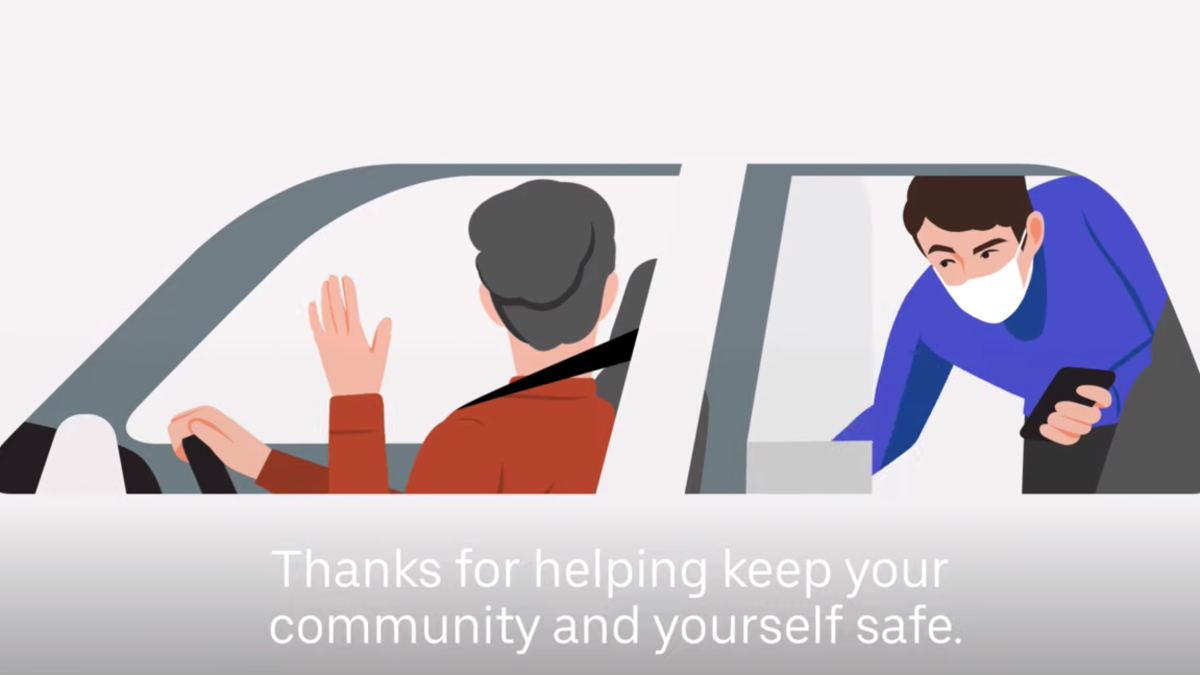 Several months into a global pandemic, Uber is finally adding mandatory face covering to its policies.

As announced during a webinar Wednesday afternoon, next week Uber will roll out a spate of features intent on prioritizing health during what the company repeatedly described as “the new normal.” Among those features will be a modified version of the in-app selfie ID drivers use to self-verify. The new version, at least as it functioned for this tech demo, is meant to detect the presence of a face mask and disallow drivers from using the app if they’re not properly equipped.

So far, there appears to be no requirement on the part of riders to be similarly responsible, though one of the new features allows drivers to cancel a ride if their intended passenger isn’t wearing a mask.

Less ethically inclined drivers could obviously snap a picture and immediately remove their mask, and riders could remove their masks after the vehicle starts moving. New feedback options, which effectively allow either party to narc on the other for failing to maintain a face covering during the trip, are meant to address these contingencies.

Could a driver use the new “no mask” cancellation option—which doesn’t seem to require photo verification—to illegally refuse rides based on racial, disability or other shitty grounds? Probably. It’s just as likely riders will use the tool in a retaliatory manner against drivers, or in an attempt to seek refunds on their trips. Drivers reported for failing to wear masks may be deactivated, company execs stated during the webinar; we’ve reached out to learn if any similar repercussions exist for riders.

Beyond the mask-selfie camera and snitching features, Uber will also require drivers to provide an affirmative answer to the following checklist items:

Since there’s no real way to verify these conditions through a phone, I expect they’ll be about as effective as “you must be 18+ to enter” popups.

To its credit, Uber also claimed to have committed $50 million toward getting personal protective equipment and cleaning supplies for drivers, though as independent contractors they aren’t compensated for time spent disinfecting their vehicle. Some free masks and a tube of Clorox wipes is also a far cry from the semi-comprehensive healthcare system Uber’s CEO proposed less than a week ago, or the full employee protections drivers have been fighting for in California.

Perhaps intentionally, Uber also timed the release of these features—which at least somewhat imagine a future where ridership begins to return—with the much less rosy news that it’d be seeking $750 million in debt financing.