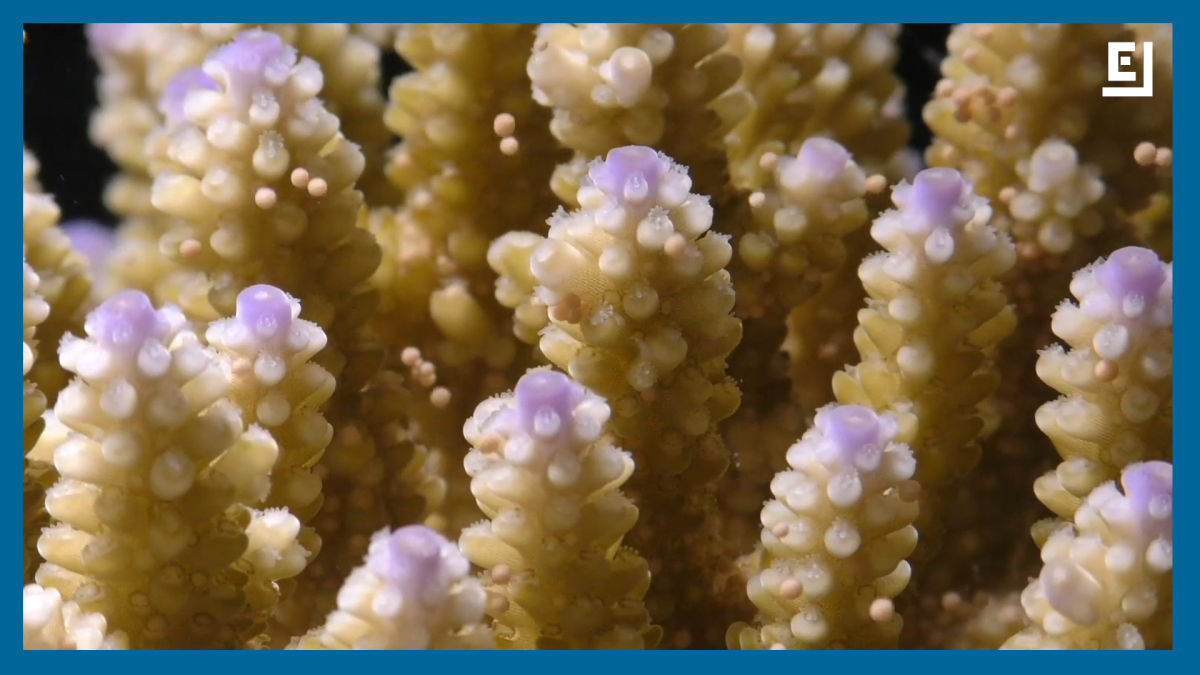 Coral reefs are home to as many species as tropical rainforests. Yet rapidly heating waters threaten to wipe coral out.

Reducing carbon emissions is one way to keep waters from getting too hot. But scientists in Australia are also on a mission to save coral by training the microalgae that keep them alive, and they’ve documented their efforts in a new study in Science Advances published on Wednesday.

Hotter water puts stress on coral and can lead to coral spitting out algae, a process known as coral bleaching. When that happens, though, it can be a death sentence for coral and the species that rely on healthy reefs. In an effort to help coral, scientists created an exposure therapy experiment for the tiny algae that provide them with life.

For four years, the researchers exposed 10 strains of algae to water heated to about 89 degrees Fahrenheit, which is roughly the peak temperature the Great Barrier Reef reached in February 2020. That threshold can trigger mass bleaching. They then compared those strains to other algae, which they’d exposed to roughly 81 degrees Fahrenheit over the same period. It turns out algae can develop higher heat tolerance: All 10 of the strains exposed to higher temperatures evolved to withstand them.

To see if those strains could also help prevent coral from bleaching, the researchers then introduced those strains to coral larvae and exposed them to water warmed to 89 degree Fahrenheit. In three out of the ten cases, the coral didn’t spit out the algae. This research suggests that algae that have adapted to heat could help restore the world’s coral and buffer it against future change.

“While evidence suggests that corals are slowly adapting to a warmer world, it appears they are struggling to keep pace with climate change,” the scientists said in a press release. If more research confirms these results and labs are able to develop more heat-resistant algae, scientists could introduce them to coral reefs in the wild. The researchers think this could prevent coral from bleaching, giving them a big boost in the face of the climate crisis.

Coral reefs are some of the most biodiverse ecosystems on the planet. They’re also crucial to the health of people and the planet since they protect coastlines from flooding, are an important source of food, and serve other important functions.

The findings come at important time. Last month, Australian researchers found that parts of the Great Barrier Reef suffered a mass bleaching event—the third one to hit the area in the past five years. Previous research has shown that if the world heats more than 1.5 degrees Celsius (2.7 degrees Fahrenheit) above pre-industrial times, coral will largely go extinct. It’s clear that right now, coral need all the help they can get.