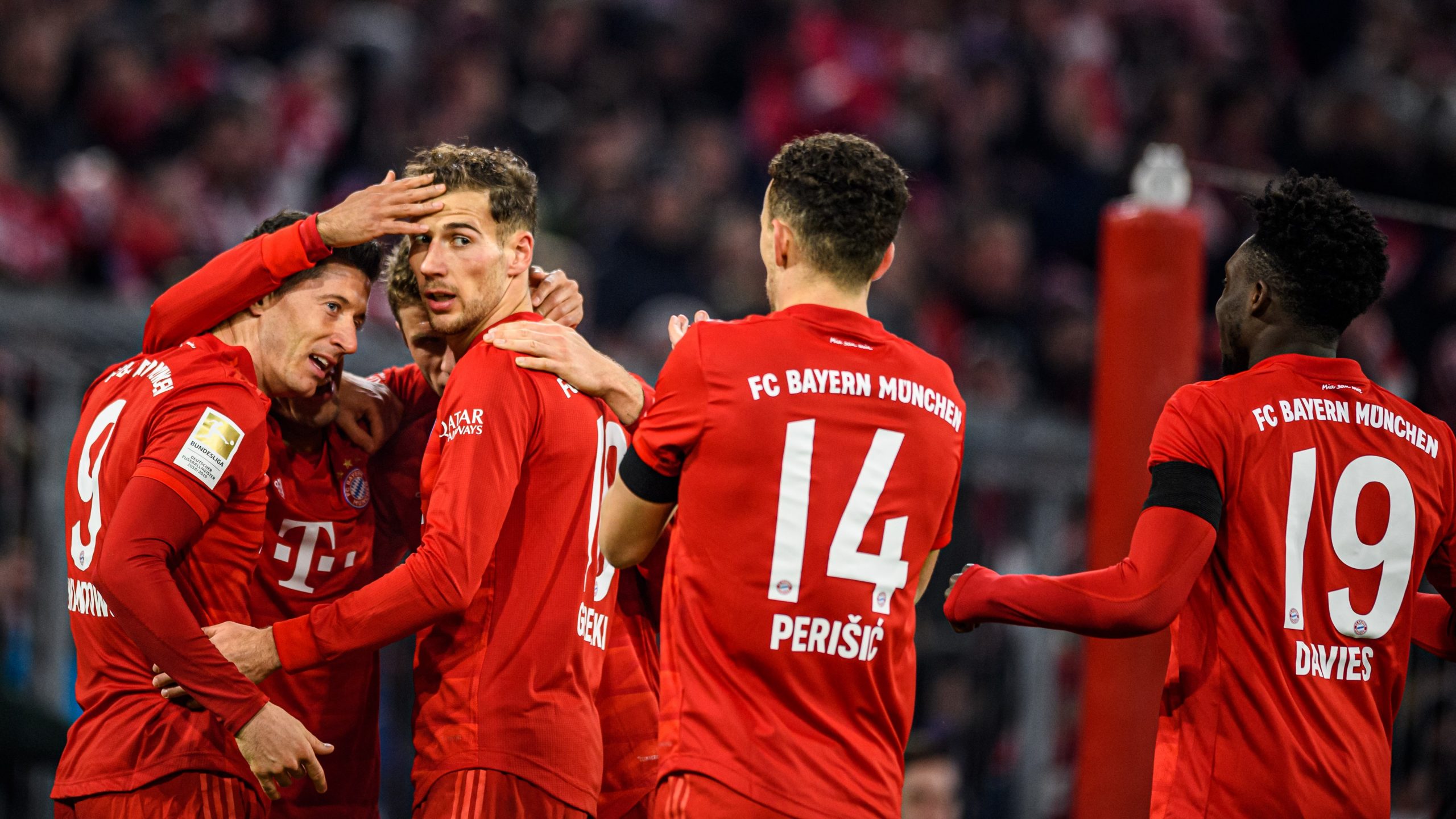 In seemingly unstoppable, title-winning form before the Bundesliga was interrupted by the coronavirus pandemic, Bayern Munich will be hoping to maintain their momentum in their first game back after lockdown – read on to find out how to watch a Union Berlin vs Bayern Munch live stream online from anywhere in the world.

Union Berlin vs Bayern Munich stream – where and when

Today’s game takes place at Union’s Signal-Iduna-Park on Sunday May 17. Kick-off is at at 6pm local time (CEST). That means a 5pm BST kick-off time in the UK and a 12pm ET or 9am PT start in the US.

Hosts Union Berlin had been enjoying a cracking debut season in the Bundesliga up until the league’s suspension, with Urs Fischer’s side muscling their way into contention for European qualification.

The tight makeup of this year’s league means that while Union are seven points away from a Europa League spot, they’re also just eight away from a relegation play-off position.

Bayern Munich have a four-point advantage at the top of the table, wining 10 of their last 11 games before lockdown, but there’s plenty of games left for their title run to potentially go astray and rivals Borussia Dortmund are hot on their heels.

Union have lost just two of their last eight league matches on home soil but their visitors on Sunday afternoon couldn’t be any tougher. Check out our guide below and see how easy it is to get a reliable Union Berlin vs Bayern Munich live stream, regardless of where you are in the world.

If you’re abroad this weekend but still want to watch coverage of the match from your home broadcaster, you’ll need a VPN to do so. That’s because your normal coverage will be geo-blocked. It’s really easy to do and stops you having to tune in to some dodgy stream you’ve heard about on Reddit.

A VPN is perfect for this as it allows you to change your IP address so you appear to be in a completely different location. We’ve tested hundreds of VPNs and can recommend ExpressVPN as the best VPN service currently available.

Footy fans in the UK and Ireland will once again be able to watch top flight football thanks to BT Sport who have the rights to show key matches as they happen throughout the remainder of this delayed Bundesliga season.

BT Sport is available as part of the provider’s wide range of TV and broadband packages – as well as being offered as an add-on with Sky.

Saturday’s match in on BT Sports 1, with coverage beginning at 4.45pm.

How to watch Union Berlin vs Bayern Munich: US live stream

In the US, Fox Sports is the TV home of the Bundesliga with live games being shown across a combination of FOX Sports 1, FOX Sports 2, FOX Deportes, FOX Soccer Plus and Univision Deportes each match week.

Saturday’s game will broadcast live on Fox Sports 2 along with FOX Soccer Match Pass, FOX Deportes and Foxsports.com, with kick-off at 9.30am ET / 6.30am PT.

Assuming you have cable, you’ll be able to watch on Fox either at home, online or on the network’s Fox Sports Go app for tablets and smartphones.

How to watch a Bundesliga live stream in Canada

In Canada, subscription TV channel Sportsnet has the rights to show the Bundesliga, but if you don’t have it as part of your TV package, you can sign up to its Sportsnet Now streaming service to live stream (in HD) all the Bundesliga matches Canada has to offer.

However, if you want to watch while away from Canada, your best bet is to check out a VPN and access the coverage.

Kick-off for Union Berlin vs Bayern Munich in Canada on Saturday is at 9.30pm ET or 6.30am PT.

How to live stream Union Berlin vs Bayern Munich in Australia

If you need a welcome distraction of top flight football from the lockdown boredom in Australia, then you’ll need to be a subscriber to beIN Sports who have exclusive live coverage rights to the Bundesliga for the remaining games of this season.

Saturday’s clash between RB Leipzig vs Freiburg will be on beIN Sports 1 with kick-off at 11.30pm AEST.

If you already subscribe to one of these services but find yourself away from Oz for this weekend’s big Bundesliga restart, remember you can always deploy a VPN to access the coverage you’d normally watch (and almost certainly pay for) back home.

beIN is also the sole rights holders for live coverage of the Bundesliga in New Zealand this season.

To watch Union Berlin vs Bayern Munich tune in to beIN Sports 1, with kick-off set for 1.30am NZST.