‘Upload’ Is a Clunky Parable About Class in a Digital Afterlife 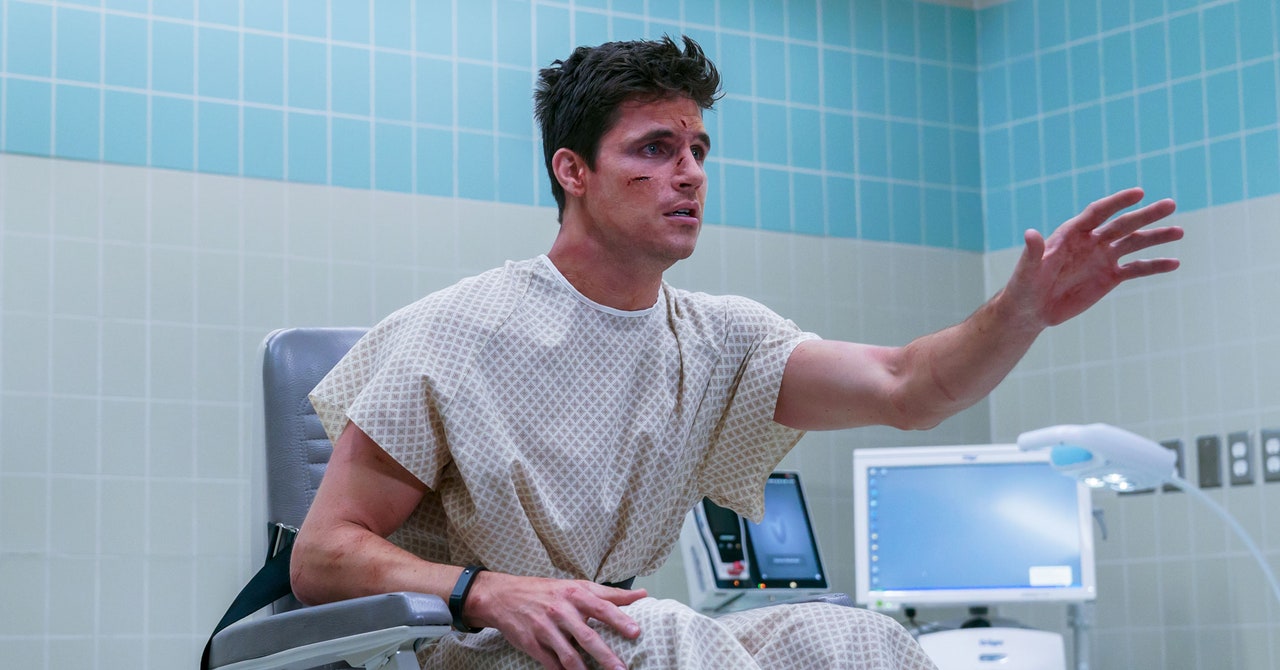 In 2033, the Gordita Crunch is sold virtually by fast food goliath Nokia Taco Bell. Mega-airline corporation Frontier Spirit United offers 30-minute flights from New York to Los Angeles with the option of Economy Minus. The most popular reality show is Baby Botox—which is exactly what it sounds like. Vape lung is a chronic disease. Far East Movement’s 2010 chart-topper “Like a G6” is considered classical dance coursework in schools. Nitely has replaced Tinder as the marquee hookup portal (like rideshare apps, users rate their experience on a five-star scale). Body cams have been repurposed for sexual encounters as a means of documenting consent. Toast is conveniently sold in cans and only the super rich can afford real meat. Gaze upon this imperfect tech-branded wilderness with anxious delight, our capitalist future on steroids is fast approaching.

On Upload, the new Amazon comedy from TV writer-producer Greg Daniels (King of The Hill, The Office, Parks & Recreation), the future is rendered with cartoonish strokes. In this hereafter, a person’s consciousness can be uploaded into a digital heaven of their choosing where they’ll “live” forever. It’s utopia, but with monthly lodging fees and the occasional in-app purchase. Money buys time and time is all people really crave. Just as class hierarchies bisect the real world, so do they in the afterlife.

At the top of this corporatized pyramid are five major tech companies that have control over the afterlife, and the most lavish destination among them is Lakeview, famously “modeled on the grand Victorian hotels of the United States and Canada.” In Daniels’ clunky class parable and quasi-murder-whodunit, Nathan (Robbie Amell) is rebooted into Lakeview’s posh wonderland following a mysterious self-driving car crash. “Forever is just sooo long to think about,” he tells his girlfriend Ingrid (Allegra Edwards), who’s footing the bill and comes from a “Horizen family with unlimited data” (Horizen is the company that runs Lakeview).

Overseeing Lakeview residents are customer service reps, or “Angels” as they’re called, who work out of a converted loft in Dumbo, Brooklyn. Nora (an endearing Andy Allo) is tasked with Nathan’s caretaking. Before long, their check-ins ripen into mutual affection; they’ve got feelings for one another but it’s complicated—Nathan is confined to virtual living and Nora isn’t. During one conversation, she takes him to see the “2 gigs,” Lakeview’s “lowest class of upload.” The floor is a stark contrast to what Nathan is afforded on his level. With such little data, customers are limited in what they can eat and enjoy. Lean Cuisine uses the cafeteria to test menu items—“Fiesta Jalapeno Creamed Meat” anyone?—and extra amenities, like books, are provided as free sample versions. (All the Harry Potter books go blank after page 20.) Upset that Horizen refuses its residents basic fundamental conveniences, Nathan fumes. “It’s just code,” he says. Nora agrees, but it all comes down to business: “They want people to pay for upgrades.”

As it turns out, virtual aftercare is a very big business—$600 billion in fact. It has to do with why Nathan is at Lakeview. Before the crash, he worked as a coder, developing a free version of a digital afterlife called Beyond, which posed a potential threat to the industry. Inside Daniels’ greedy sci-fi dystopia, the working class believe uploading is a human right, but not everyone sees it that way. Behind the absurdities of this commodified future is a story about dark control: the rich want more of it and the powerless have little say in how they’re exploited.

The meatier questions of Upload—What purpose should a digital afterlife serve, who should be allowed in, and what does this say about us as a society?—end up being minor keys. One question the show brushes aside almost entirely is, what happens to the people left behind, those left grieving? We never find out. We don’t get the full benefit of seeing in both directions. Much of what floats the series to its surprising finish are Daniels’ characteristic tricks; look close and you’ll notice that Upload is a workplace comedy about oddballs of every age and status, only it’s the virtual planes of 2033 this time, not the halls of small-town Indiana government or the offices of Dunder Mifflin.

Full pet medical history available from your user account. Die schwul-les-bi-sche historische schützenbruderschaft aus köln. As a live chat support agent, you can work from anywhere as long as you have an internet connection.