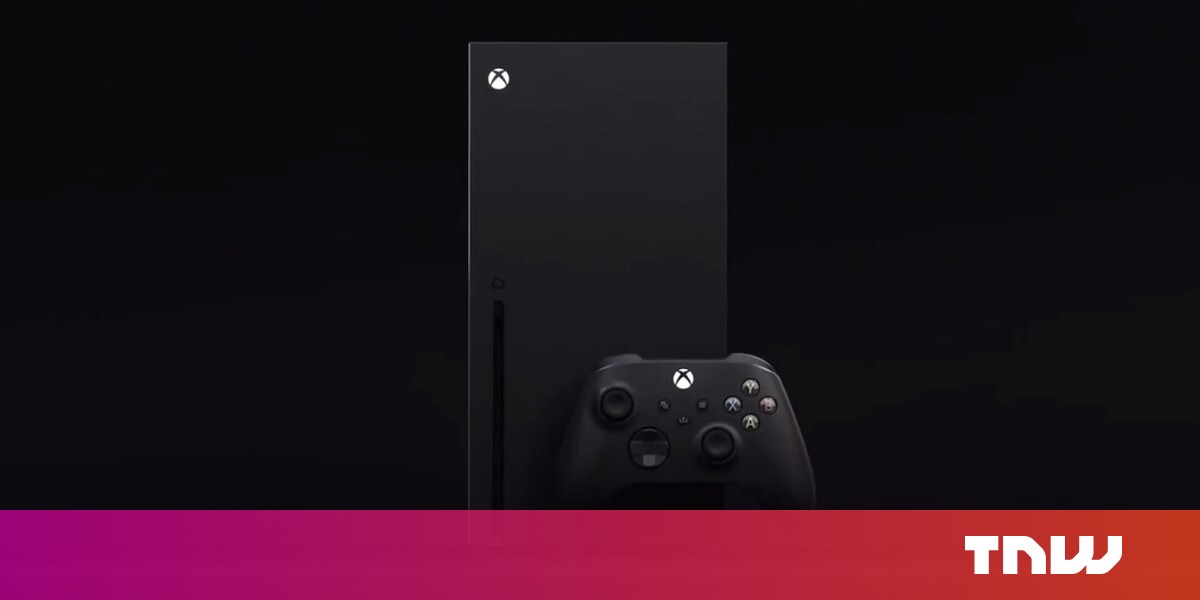 Xbox today revealed several new games for its upcoming Series X during a digital Inside Xbox event. While it didn’t show much of the games at the event beyond simply confirming their existence and availability on the console, it’s still gratifying to see games — any games — for the next generation consoles.

The whole stream was done via webcam, as I suspect will become the norm until the need for social distancing wears off. The most amusing part, for me, was Xbox Games Marking head Aaron Greenberg’s background image, which was of a kitchen with a Series X console in place of a fridge. We’ve all heard (and made) the jokes about the console‘s shape, but it’s nice to see Microsoft itself can take and make a joke at its new moneymaker’s expense.

Read: Please don’t let Assassin’s Creed Valhalla be too much like Odyssey

Naturally, the games are only listed as being “Optimized” for XSX. We’ve already been told the console will have few, if any, exclusives. The reveals ran the gamut from Madden, to the new Dirt game, to a Bandai Namco hack-n-slash that feels like someone peaked at Platinum’s notes on Astral Chain. We also got all of four seconds of Assassin’s Creed Valhalla, but I wouldn’t blame you if you blinked and missed it.

Wars will rage. Kingdoms will fall. This is the age of the Vikings. Assassin’s Creed Valhalla storms onto the Xbox Series X. #InsideXbox @assassinscreed https://t.co/owQp5aOtIj pic.twitter.com/LEpceOpbHs

Before the reveals began, the team stipulated that they’ve listened to the pleas from the “interwebs” and intended to show actual gameplay. That turned out to be more of a dream than an actuality, as most of the footage was either prerendered for the trailer or non-interactive cutscene. You’d see maybe five seconds of something that might be gameplay, if you’re lucky. The most gameplay was in the reveal of Bright Memory Infinite, which looked like Call of Duty meets Sekiro — and we got virtually no more information on that particular game.

Out of the games I saw, the one most likely to stick in my mind is Scorn. Granted, as with everything else on the docket today, the trailer showed no gameplay and instead functioned simply to show that the H.R. Giger-inspired Kickstarter game from a few years ago still exists. But the Gigerian grossness of it is the sort of thing I’m not likely to forget.

Something lurks around every corner. Scorn brings immersive horror to the next generation with its brutal, unforgiving gameplay. Available at launch for the Xbox Series X with @XboxGamePass. #InsideXbox @scorn_game https://t.co/mBA3IzKwOM pic.twitter.com/rbt5sJanTL

Perhaps the most interesting addition to the lineup was Yakuza: Like a Dragon. The Yakuza series has traditionally been a PlayStation-based series. There were hints lately that’d been changing, as some past games in the series were released on Xbox Game Pass. Making the newest game in the notoriously bizarre action series a XSX launch title is definitely a shift.

I hope I won’t have to say this for much longer, but… your move now, Sony. While I’m not going to give Microsoft the credit of saying we’ve seen a lot of the XSX, considering we have roughly half-a-year left before its launch, we’ve certainly seen more of it than we have what might be coming to the PlayStation 5. The next few months are going to be interesting when Sony finally emerges from its figurative groundhog burrow and reveals what the console looks like and what games it’s going to have.

Midnight snack takes on a new meaning here. Vampire: The Masquerade – Bloodlines 2 carries the mantle of its ancestors 16 years later and invites you to dance. #InsideXbox @VtM_Bloodlineshttps://t.co/w1eJQvGDMe pic.twitter.com/KHySAPmWxn

So now can we maybe get some PRICES, you two?