Which iPad Pro Keyboard Should You Buy? 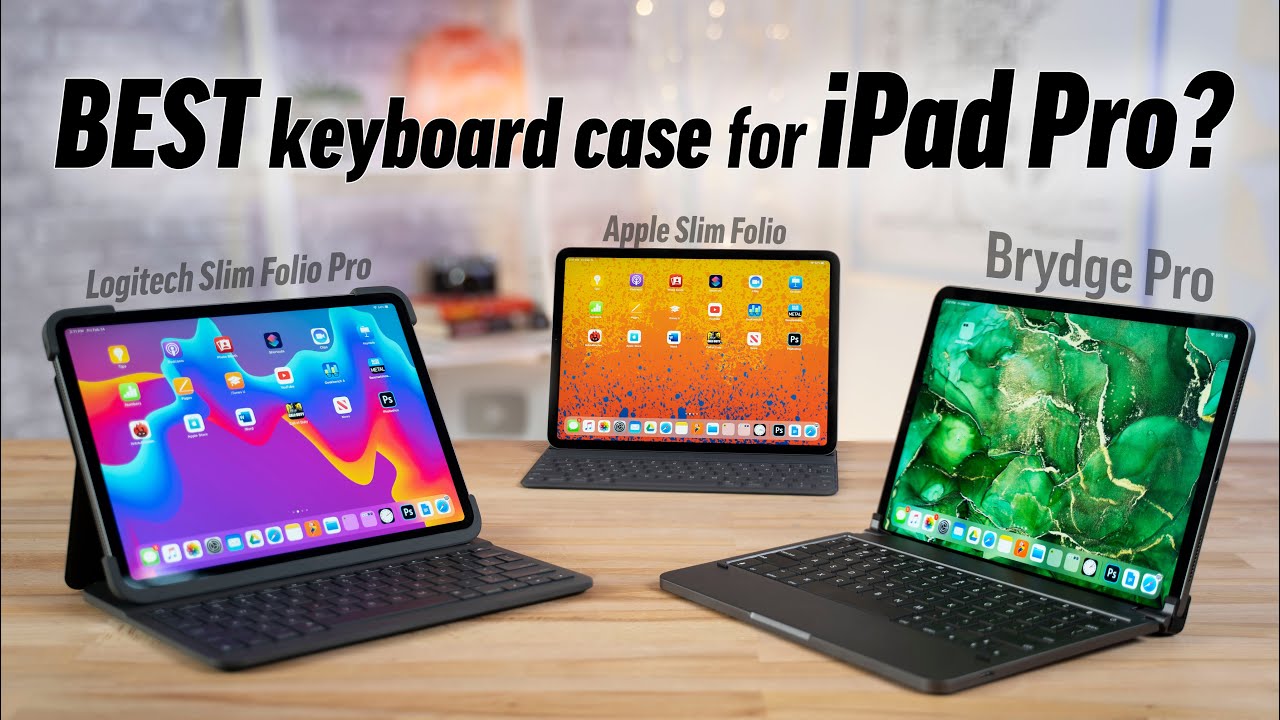 If you’ve been itching to make the jump to getting some of your work done on an iPad Pro, it might be tricky to pick out which keyboard attachment you should go with, since at first glance they might not seem too different. I’ve been getting work done on my iPad Pro for over a year now, and I’ve tested just about every keyboard available. While they’re all pretty great, there are some key differences between them that you should consider before spending a pretty serious chunk of cash.

If you plan on using your iPad Pro as your main work machine, want the best possible experience, and want to be able to quickly switch between “laptop” and tablet mode, you should get Apple’s Magic Keyboard (11″ and 12.9″). Its backlit keys are clicky, responsive, and pleasant to use, so typing all day on it isn’t a problem. Its adjustable hinge covers most reasonable viewing angles, and it also has a trackpad that’s pretty well-integrated into iPadOS. The Magic Keyboard has the benefit of connecting via Apple’s Smart Connector, so even though the keys are backlit, the keyboard doesn’t need to be charged, and it has an additional USB-C port that you can use for charging while keeping the port on your iPad free for data transfer or other accessories.

While the Magic Keyboard has a lot going for it, there are some pretty notable drawbacks. First, it’s the most expensive of the bunch, at $300 for the 11-inch model and $350 for the 12.9-inch model. It might buy you a great experience, but even if you buy the cheapest iPad Pro available right now, you’d still be spending $1,100 altogether. There’s also the fact that it’s pretty heavy and adds a good bit of bulk to the iPad, so you’ll want to go a different route if portability is your main priority.

If you like the portability the iPad offers, but need a keyboard to type out longer emails or do quick write-ups, Apple’s Smart Keyboard Folio (11″ and 12.9″) hits a solid balance between price and capabilities. At $180, it’s significantly cheaper than the Magic Keyboard, and it’s light enough that you’ll hardly notice the added weight when it’s in a bag. Its keys aren’t quite as good as the Magic Keyboard’s, but they work well enough to get by, and they have the perk of being covered by a fabric material that protects keys from getting dust under them and mucking things up.

You’ll lose a bit of flexibility with this option, though. First, you only get two viewing angles, and neither of them are really that great. It also lacks a trackpad, though you can always pair it with a cheap mouse or a standalone trackpad and get most of the same functionality, minus some of the chic.

If the Magic Keyboard’s price is out of your budget, but you still want your keys to have a little travel, you should get Logitech’s Slim Folio Pro (11″ and 12.9″). It’s heavier than the Smart Keyboard Folio, but its keys are more clicky and satisfying to use, so it’s better for longer writing projects. It lacks the trackpad and adjustable viewing angles of the Magic Keyboard, but it’s also less than half the price. That hits a sweet spot that might work for some, but the added bulk of the case, as well as the difficulty of removing your iPad whenever you want to use it on its own, make it less than ideal for anyone looking to use their tablet on the go.

6 purchased by readersG/O Media may get a commission

4 purchased by readersG/O Media may get a commission

About the Brydge Pro+

While Brydge has been a notable name in iPad Pro accessories, it’s hard to recommend the Brydge Pro+ right now. At $200 for the 11-inch model and $230 for the 12.9-inch model, it’s significantly cheaper than the Magic Keyboard, and on paper seems to offer the same features. It has a trackpad and a good keyboard, and its hinge is adjustable, so the experiences would seem pretty comparable. Unfortunately, it doesn’t support the same multitouch gestures as the Magic Keyboard, you have to charge it and connect to your iPad via Bluetooth, and it doesn’t protect the back of your iPad the way the other cases and covers do.