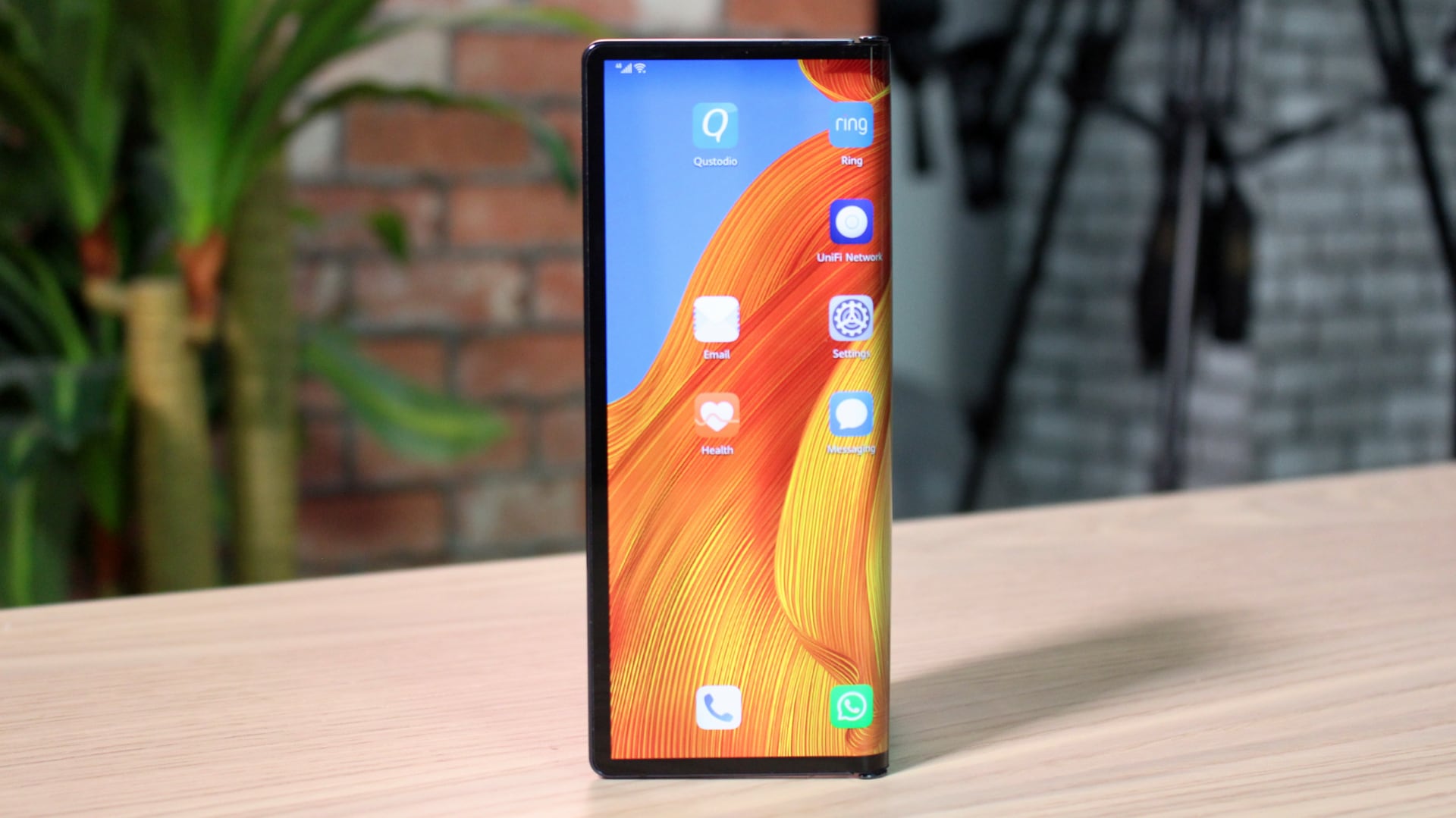 The patent, with Xiaomi Mobile Software Co. Ltd. as an applicant, was filed at the CNIPA (China National Intellectual Property Administration) back in 2019 and spotted by TechiesBlog. It has been published recently and shows an out-folding design that Xiaomi has never tried before.

The foldable hinge lies at the centre beneath the display. Upon unfolding the device outwards, it turns into a regular smartphone. This design is reminiscent of the Huawei Mate Xs that launched back in February. In fact, there’s almost no difference.

The display in the patent is edge-to-edge and sits flat while a bulging strip on the inhabits the right when folded. It accommodates the cameras. It has very minimal borders unlike black bezels found on the Mate Xs. Considering this a patent design, we don’t know if this will ever make it to mass production.

There is a button on the right to detach the foldable display and flip it over. Above that is a vertically stacked quad-camera arrangement and a LED flashlight on the right over the bulged area. This area is probably to get a flushed design when the display is folded.

Further, power button along with volume rockers can be spotted on the right side. On the bottom, there are speaker grills, SIM card slot, a microphone and a charging USB-C on the bottom. Interestingly the bottom part of the bulge portion has a slot which might house a stylus pen but we are not sure about it yet.

All in all, the design is already commercially available and is not as new as other crazy patents of Xiaomi. Further, the source adds that some supply chain consultants have revealed that more foldable phones are expected later this year but we will have to wait for the same.