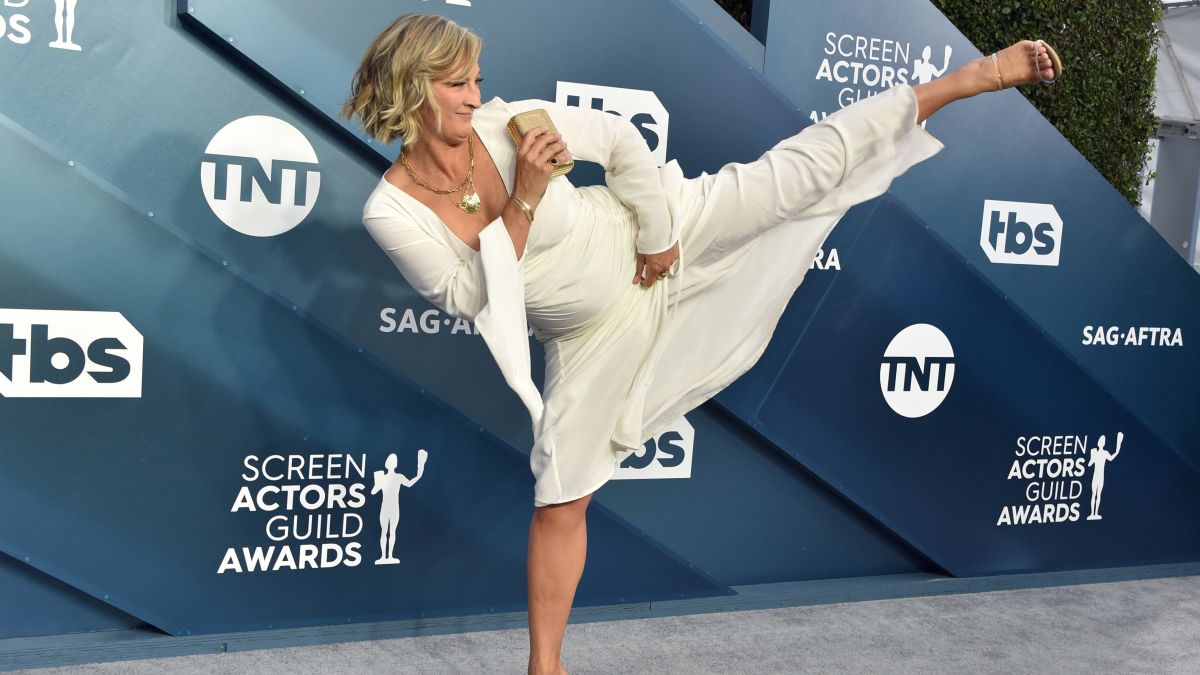 One big gap in all of our nerd lives during the drought in Hollywood releases brought on by the pandemic is the lack of good fight choreography. Crunchy, thrilling, silly, engaging fight scenes are some of my biggest delights in genre fiction, and oh, do I miss them. So does stuntwoman, actress, and stunt choreographer Zoë Bell. So she did what she could.

In a lockdown-style video (you know the drill by now, a bunch of personally shot little clips threaded together), Bell recruits some of the coolest and most dashing women in Hollywood to throw down. Or, as she puts it, “play a game.” Bell, the stunt double for stars like Lucy Lawless in Xena or Uma Thurman in her role as The Bride in Kill Bill, is extremely well connected, so the list of stars she’s able to pull here is pretty stunning.

Like, have you ever wanted to see Florence Pugh throw down with Hallie Berry? Zoe Saldana vs. Thandie Newton? Margot Robbie vs. Cameron Diaz? Well, this video will give you a little taste of that action. It’s not quite the same as a full-on Hollywood fight scene, but it’s plenty fun. It even works in some great fight scene tropes, including the furious realization that, hey, I’m bleeding! and the waffling to find a weapon that you’re willing to break over your opponent’s head. There’s also a cameo appearance from, well, I’ll let you guess which one I’m talking about.

A Beginner’s Guide for Working Out at Home

The Secret Ingredient That Powers Supernovas

The Secret Ingredient That Powers Supernovas

A Beginner’s Guide for Working Out at Home