Ahsoka Tano Could Have Saved the Republic 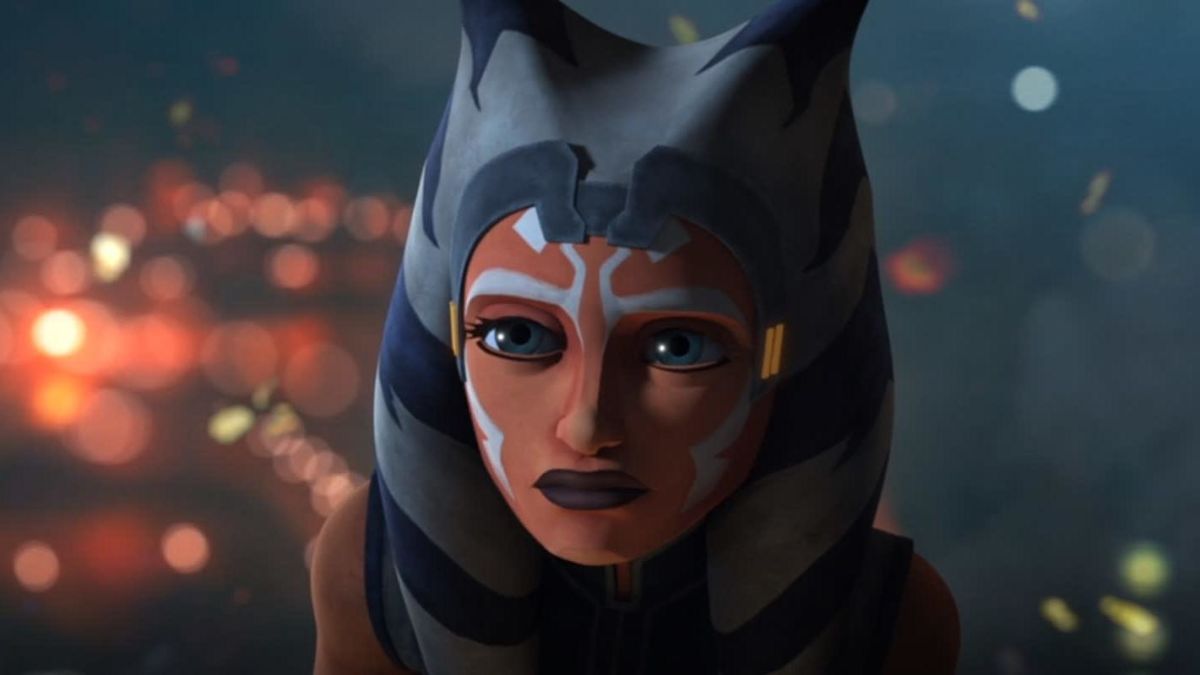 The right hero in the wrong place.

The story of Ahsoka Tano, the young heroine introduced in Star Wars: The Clone Wars as Anakin Skywalker’s plucky, previously unseen or unmentioned Padawan apprentice, isn’t finished. Her latest in-canon appearance in Star Wars Rebels was open-ended, and rumors suggest very strongly that she’s going to make the jump from animation to live-action in the second season of The Mandalorian, bringing Ahsoka fully into the post-Imperial era. But her story does, with the end of The Clone Wars’s final season, feel whole.

I can’t stop thinking about how unfair a story it is. Ahsoka deserved better than the Star Wars universe could give her. If she had had the chance, Ahsoka Tano could have saved the Republic.

I’ve written before about Ahsoka. Thinking about her maturation in Star Wars Rebels, I wrote appreciatively of the heroine she grew into and thought about how her growth, from an impetuous Padawan and possibly ill-advised retcon to a grounded, competent warrior, leader, and friend was one of the thematic centerpieces of Dave Filoni’s animated work. Not to mention how that growth was personally impactful to me, providing me with a story of a woman growing into herself and her own power in a way not often explored in such depth in something like Star Wars.

In a way, the final four episodes of The Clone Wars feel like a vindication of my thoughts then. They work hard to place Ahsoka’s growth in the very center of what the show is doing, using her development as a character as the thematic through-line to hold the entire animated canon together. In these final moments of the show, Ahsoka becomes the center of everything.

One way to look at it is that The Clone Wars is not just showing how she survived the Clone Wars and Order 66, but offering an argument on why she deserved to. It shows, point by point, how the ways in which she’s changed and grown allow her to face the impossible situation of Order 66. We see it when she first reunites with Obi-Wan and Anakin, in the way she immediately challenges them on their basic assumptions about what the war is and who it’s for. She has all the talents of a Jedi, but she’s not a Jedi, not anymore, and she’s learned to see the galaxy with a clearer perspective. She’s loyal to the Republic, but not in any absolute sense; her loyalty seems to be much more with people, and with peace and justice as concepts, than with any existing power structure. When Maul offers her a chance to stop Darth Sidious, even if it means ostensibly betraying the Republic, she’s willing to consider it.

Alongside that clearer perspective, Ahsoka is possibly the only character who is allowed to understand the full tragedy of the Clone Wars the way the audience does. Like the clones, she was trained up for war and then discarded when she was inconvenient. Like the clones, she’s in a position to see and experience the true capriciousness of the powers-that-be, both in Darth Sidious’s Republic turning into an Empire, and, for Ahsoka, in the corruption and vanity of the Jedi themselves. She knows what it’s like to have her allies turn against her, or to be forced to fight her friends due to circumstances orchestrated by the powerful. She knows how easily the Jedi and the Republic can turn on you.

What keeps coming back to me about the moment when the clones turn on Ahsoka in “Shattered” is how quickly she accepts her new reality. There’s no denial, and the only shock comes from seeing Rex himself turn on her. The idea of her friends becoming her enemies isn’t new to her. She’s been there before, after all. And even though she refuses to kill the clones on purpose, she fights with a remarkable ruthlessness. In that initial fight scene, wreathed in shadows and smoke, deflecting every blast that comes her way, Ahsoka isn’t positioned as a hero. Not anymore. Not exactly. She’s a survivor, not through fate or the will of the Force but because she’s the only one who really, truly understands the story she’s in.

For that growth, The Clone Wars argues, Ahsoka deserves to survive. She’s earned her place in the canon and a story as dramatic and important as any other in the Skywalker Saga, a story that the Siege of Mandalore absolutely provides her. But it’s that success as a survivor that also has me thinking that, if Ahsoka had been given the opportunity to act more freely, the whole story could have been different.

What if Ahsoka had been able to talk to Anakin, one last time? What if Mace Windu explained to her what the Council knew? What if she was able to return to Coruscant and confront her old Master there, early, before years of pain and the loss of Padme calcified Anakin into the husk that was Vader? After all, Ahsoka knows how close the Republic and the Jedi are to becoming everything they hate. She knows about Sidious. She understands Anakin better than perhaps anyone. As these episodes show, she understands the stakes and the risks. Maybe, with Ahsoka in it, Revenge of the Sith would have turned out different.

Of course, it couldn’t have. Ahsoka famously didn’t even exist as an idea until after that movie came out. By the demands of canon, there was nothing she could have possibly done. And every interaction Ahsoka has with the power brokers of the Republic in these episodes, the show makes a convincing argument that it wasn’t really possible from a narrative standpoint, either. The events that let her understand the events about to take place also inevitably made her an outsider to them.

That’s the tragedy of Ahsoka, the tragedy that makes her the character I love: because of who she was, she could see the doom on the horizon, but because of how she became that way, she wasn’t allowed to do anything about it. But, oh, if she had the chance? I think Ahsoka might have been able to save the whole universe. Really, she’s the only one who could have.