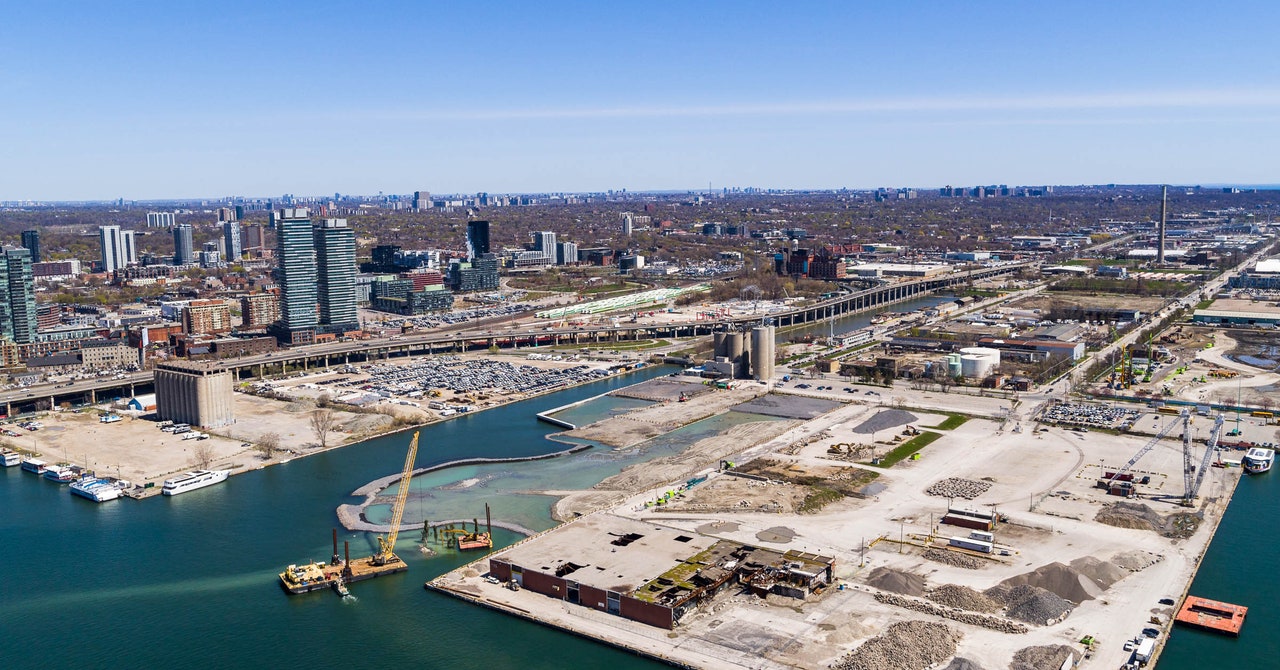 When Google sibling Sidewalk Labs announced in 2017 a $50 million investment into a project to redevelop a portion of Toronto’s waterfront, it seemed almost too good to be true. Someday soon, Sidewalk Labs promised, Torontonians would live and work in a 12-acre former industrial site in skyscrapers made from timber—a cheaper and more sustainable building material. Streets paved with a new sort of light-up paver would let the development change its design in seconds, able play host to families on foot and self-driving cars. Trash would travel through underground chutes. Sidewalks would heat themselves. Forty percent of the thousands of planned apartments would be set aside for low- and middle-income families. And the Google sister company founded to digitize and techify urban planning would collect data on all of it, in a quest to perfect city living.

Thursday, the dream died. In a Medium post, Sidewalk Labs CEO Dan Doctoroff said the company would no longer pursue the development. Doctoroff, a former New York City deputy mayor, pointed a finger at the Covid-19 pandemic. “As unprecedented economic uncertainty has set in around the world and in the Toronto real estate market, it has become too difficult to make the … project financially viable without sacrificing core parts of the plan,” he wrote.

But Sidewalk Labs’ vision was in trouble long before the pandemic. Since its inception, the project had been criticized by progressive activists concerned about how the Alphabet company would collect and protect data, and who would own that data. Conservative Ontario premier Doug Ford, meanwhile, wondered whether taxpayers would get enough bang from the project’s bucks. New York-based Sidewalk Labs wrestled with its local partner, the waterfront redevelopment agency, over ownership of the project’s intellectual property and, most critically, its financing. At times, its operators seemed confounded by the vagaries of Toronto politics. The project had missed deadline after deadline.

The partnership took a bigger hit last summer, when Sidewalk Labs released a splashy and even more ambitious 1,524-page master plan for the lot that went well beyond what the government had anticipated, and which the company pledged to spend up to $1.3 billion to complete. The redevelopment group wondered whether some of Sidewalk Labs’ proposals related to data collection and governance were even “in compliance with applicable laws.” It balked at a suggestion that the government commit millions to extend public transit into the area, a commitment, the group reminded the company, that it could not make on its own.

“The next time this is done by any big tech corporation that wants to reimagine the future of neighborhoods, it will be done in close communication with communities.”

That chunky master plan may remain helpful, Doctoroff said in his blog post. Sidewalk Labs did serious thinking about civic data management over the course of the two-and-half-year project. As recently as March, Sidewalk Labs executives discussed with WIRED how the company might approach the issue with complete transparency. (Critics said even those efforts did not go far enough.) Doctoroff says that work—and the work of Sidewalk Labs’ portfolio companies, which seek to tackle various urban mobility and infrastructure problems—will continue.

Still, the project’s end raises questions about the “smart cities” movement, which seeks to integrate cutting-edge tech tools with democratic governance. The buzzword, all the rage when the adage “data is the new oil” generated fewer eye rolls, suffered during the techlash. Cities and their residents became more suspicious of what Silicon Valley companies might do with their data. In theory, one way to fix this sort of project is to actually start at the grassroots. “The next time this is done by Sidewalk Labs or any big tech corporation that wants to reimagine the future of neighborhoods, it will be done in close communication with communities,” says Daniel O’Brien, who studies research and policy implications of “big data” at Northeastern University’s School of Public Policy.

Paradoxically, the Toronto project’s demise comes as data collection and surveillance are viewed as key tools to slow the spread of the novel coronavirus. Google co-developed with Apple technology for smartphones that will automatically track infected patients’ encounters with others. The companies say the data will only be recorded anonymously, and the contact tracing regime may eventually liberate most Americans from sheltering in place. The world is about to go through a major experiment in what can and should be done with data. For now, an abandoned sliver of Toronto won’t be part of it.