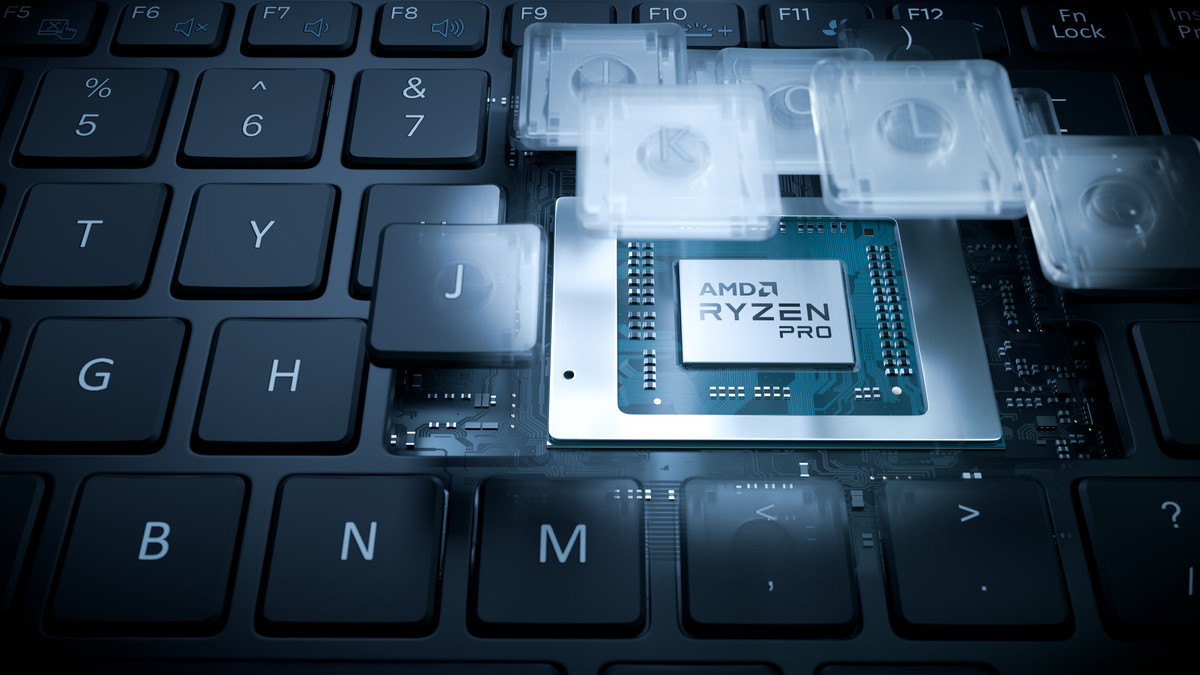 AMD has announced its Ryzen Pro 4000 series of mobile business processors. The chips sport new security features and improvements to battery life and performance, according to the company, and are a direct challenge to Intel’s vPro. AMD says the new series aims to create a “new standard for modern business PCs.”

The Pro 4000’s primary calling card is security. The chips include a dedicated AMD Secure Processor, which takes advantage of Microsoft secured-core technology to prevent kernel-level attacks and other security threats. They also include AMD’s Memory Guard encryption feature, which AMD says makes its Pro series the only chips that support full-memory encryption. So if, for example, your laptop is stolen, the thief won’t be able to pull your sensitive data out of its memory.

AMD is working closely with Microsoft and other OEM partners (including Lenovo and HP) to make sure their enterprise-security features are compatible.

The chips also include AMD’s Pro Manageability. These features take on Intel’s Active Management Technology, which is one of vPro’s biggest draws. Ryzen processors support Microsoft’s Endpoint Manager, a platform for IT workers to manage PCs, servers, and other devices in their organizations.

AMD also says the Pro 4000 series will offer a performance advantage, both over its predecessors (the Ryzen Pro 3000 line) and competing Intel chips. It claims that the high-end Pro 4750U is the “fastest processor for ultrathin business notebooks.” AMD says the 4750U fares better than its comparable Intel foe, the Core i7-1070U, on a number of benchmarks including PCMark 10, Geekbench v5, and Passmark 9, falling slightly behind only on Cinebench 1T. The Ryzen 5 Pro 4650U (which is most comparable to the Core i5-10210U) also outperformed the i7 on most benchmarks in AMD’s testing.

The company is also promising improved battery life. The new chips have improved idle detection (to power down components that aren’t being used), activity detection (to quickly boost up components when they’re needed), and power-state selection (which makes power-state transitions easier). AMD says Ryzen 7 Pro 4750U systems can deliver over 20 hours of battery life. I can’t discount anything without having tried the products myself, but that seems like an optimistic prediction given what we’ve seen from Ryzen 4000 systems so far.

AMD revealed the names of a number of business notebooks that will include the new chips, including several of the upcoming ThinkPads from Lenovo: the T14 and T14s Gen 1, the X13 Gen 1, and the L14 and L15 Gen 1. We’ll get a chance to verify some of the benchmark results when we get our hands on these systems later this year.