At Least Somebody Has Some Common Sense in This Administration 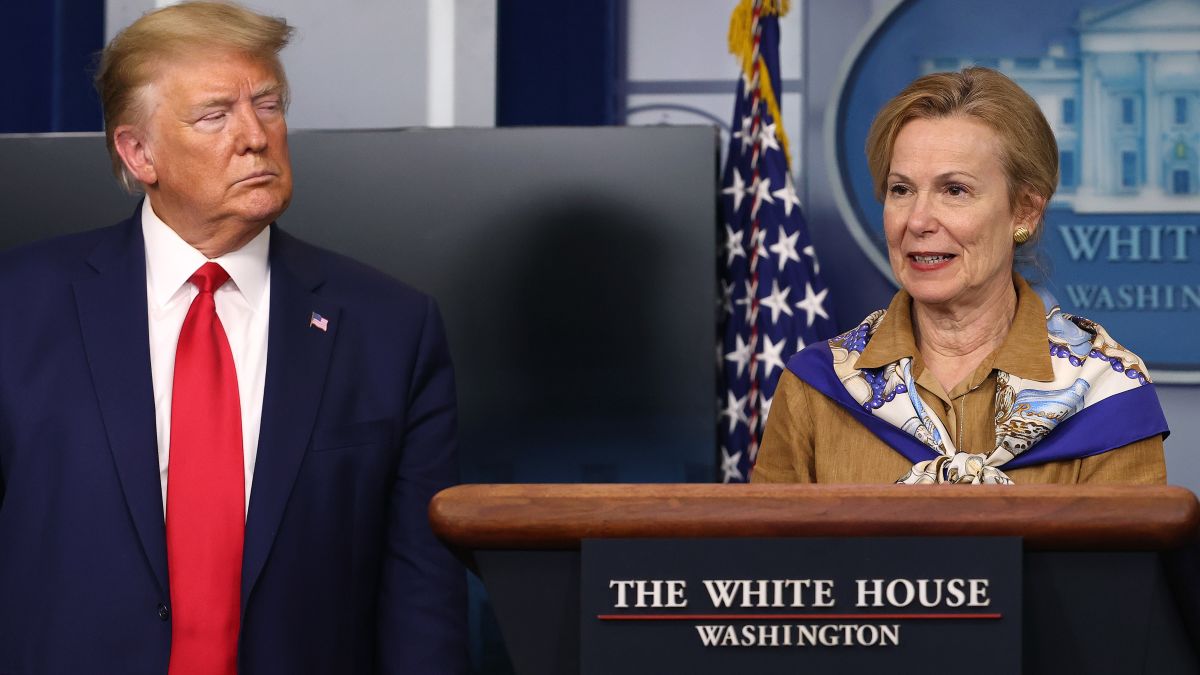 White House coronavirus response coordinator Dr. Deborah Birx described the recent string of protests against social distancing and other coronavirus-related restrictions as “devastatingly worrisome” in an interview on “Fox News Sunday”. It’s some welcome common sense and a far cry from how the president, who in a recent tweet openly expressed support for these “very good people”, has characterized anti-shutdown protestors so far.

Mind you, that’s in reference to the throngs of gun-toting Second Amendment activists, anti-vaxxers, QAnon stans, and Karens defending their apparent constitutional right to get a haircut whenever they damn well please that have descended on cities across the nation this week. Gatherings in Chicago, Los Angeles, Trenton, Raleigh, and many others attracted hundreds of protestors who demanded an end to stay-at-home orders and a return to business as usual despite America’s death toll continuing to climb. Covid-19 has killed more than 60,000 people in the U.S., and the nation’s leading infectious disease expert, Dr. Anthony Fauci, has projected the pandemic’s total death toll to be between 100,000 to 200,000.

And, of course, few of these aforementioned protestors are practicing CDC-recommended social distancing measures at these events or even wearing face masks—because haven’t you heard? Masks are apparently a government conspiracy too.

“It’s devastatingly worrisome to me personally because if they go home and they infect their grandmother or grandfather who has a comorbid condition and they have a serious or very unfortunate outcome, they will feel guilty for the rest of their lives,” Birx told the show’s host, Chris Wallace. “So we need to protect each other at the same time as we’re voicing our discontent.”

According to a recent Washington Post report, more than 100 such protests were planned in at least 32 states, though how many will ultimately take place is another question entirely, since any idiot can make a Facebook event. Wisconsin saw the largest anti-shutdown effort so far on April 24, with thousands converging on the Capitol to fight an extension on the state’s stay-at-home order approved just days before.

Videos circulating on social media and captured by local news outlets have shown some protestors arriving armed and becoming violent at these gatherings, pushing and shoving police in an apparent attempt to enter government buildings. One city in Oklahoma was spooked into reversing a requirement for people to wear face masks while at newly reopened businesses, “citing threats of violence and physical abuse directed at employees,” per the Post.

Meanwhile, President Donald Trump has continued goading on these efforts, tweeting calls to “LIBERATE” states currently under shelter-in-place orders, including Michigan, Virginia, and Minnesota. On Friday, he tweeted at Michigan Governor Gretchen Whitmer and essentially told her to cool it with the state’s ongoing lockdown restrictions.

“The Governor of Michigan should give a little, and put out the fire,” Trump wrote. “These are very good people, but they are angry. They want their lives back again, safely! See them, talk to them, make a deal.” The administration did its best to reframe the president’s comments in a briefing Friday, with White House press secretary Kayleigh McEnany characterizing them as a bid to defend people’s First Amendment right to protest.

Birx also went on to clarify the response team’s total projected death toll after the president’s attempts to downplay its severity. Trump’s sown plenty of confusion in recent weeks after declaring that it would be between 50,000 and 60,000 deaths, which he later bumped up to between 60,000 and 70,000 once the tally soared past that.

According to Birx, “our projections have always been between 100,000 and 240,000 American lives lost, and that’s with full mitigation and us learning from each other of how to social distance.”

While more of a subtweet than a direct callout, former President George W. Bush pushed out a message Saturday that seemed to run counter to Trump’s support for anti-shutdown protestors. “Officials at every level are setting out the requirements of public health that protect us all, and we all need to do our part,” Bush said in a video posted on Twitter.

“The disease also threatens broader damage, harm to our sense of safety, security, and community. The larger challenge we share is to confront an outbreak of fear and loneliness, and it is frustrating that many of the normal tools of compassion, a hug, a touch, can bring the opposite of the good we intend. In this case, we serve our neighbor by separating from them.”

Though it’s a laughably low bar, I’m glad to see at least some people acting sane and voicing the very real concerns that Trump won’t.

Buying PS5 isn’t impossible, but people keep making these 3 restock mistakes Throwing a PS5 controller in the air out of frustration with a person in the background