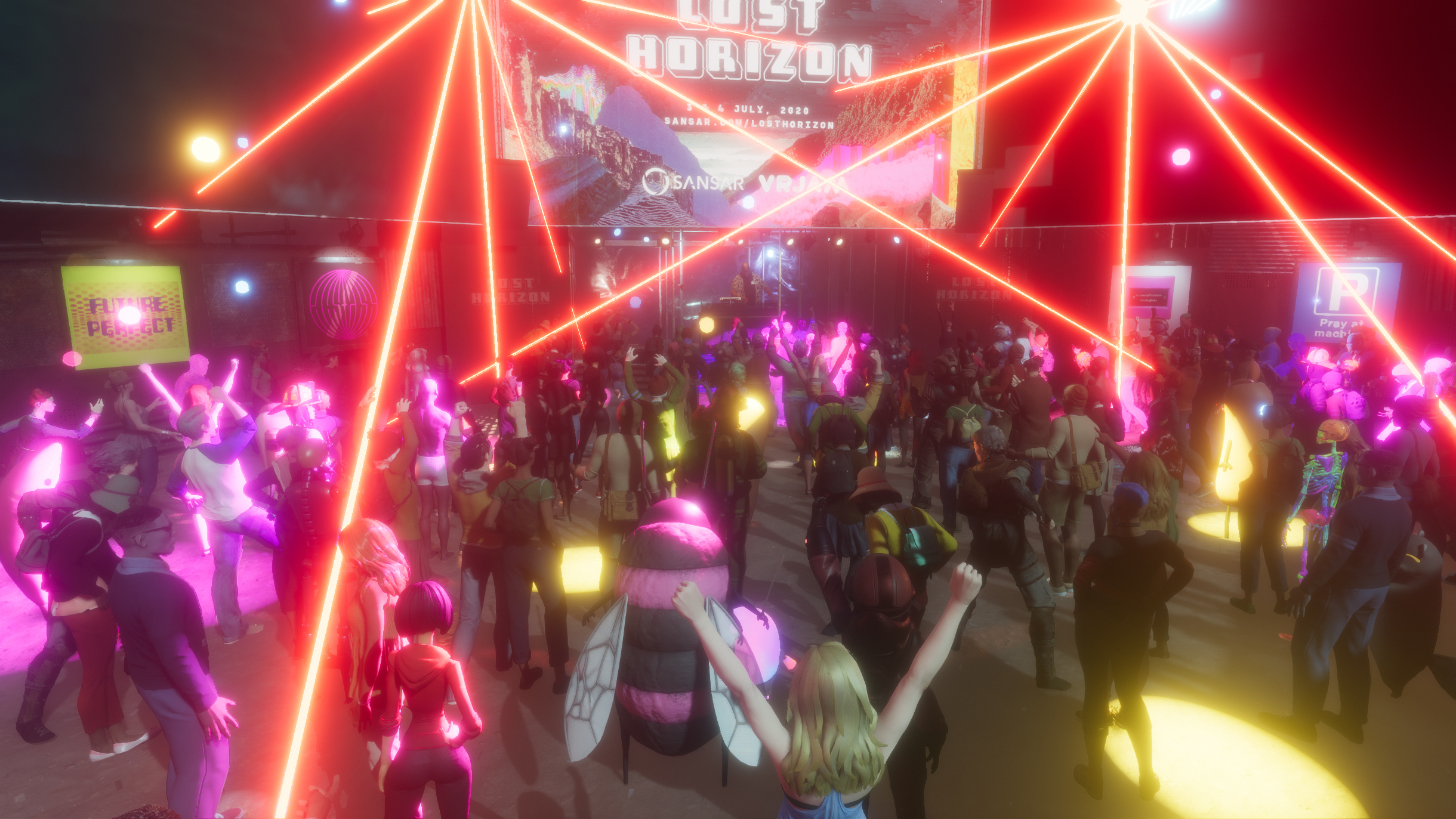 Watching classic festival reruns on TV is a fine way to spend your pandemic-hit weekend, they also lack something crucial – the live, interactive thrill of real-world music carnivals. So we’ve rounded up the next best thing – the best virtual festivals that are taking place across digital fields this summer.

Of course, nothing can quite replace watching your favorite artists playing al fresco, before forgetting where you pitched your tent. But a new wave of virtual festivals, headlined by a VR version of Glastonbury’s Shangri-La, are promising to bring a taste of the real thing to your living room.

We’re not just talking streaming recorded Glastonbury sets online here – to qualify as a ‘virtual festival’, it needs to offer a live element for those special, fleeting festival moments, plus some form of interactive fun or the ability to meet up with friends.

That’s something all of the virtual festivals below offer in different ways – all you need is a web browser or app, and in some cases a ticket, to join the party. Kicking things off is Pride Inside, followed by the one that promises to go closest to recreating a real-life Glastonbury – particularly if you own an VR headset…

June is Pride month, and sadly events celebrating the LGBTQ+ community have been canceled around the world owing to the pandemic. Want to get involved in a virtual alternative? Pride Inside may be the best option for you.

It’s set to offer a variety of “innovative, 360 degree environments” where you’ll be able to wander through festival grounds and watch performances. You’ll also be able to experience it with up to nine other friends.

The whole thing is made in partnership with Amazon Prime Video, so we’re hoping the tech is well produced. This is unlikely to feel as energizing as a real life Pride parade, but it may sadly be the closest you can get to that experience in 2020.

Fancy wandering down to Glastonbury’s legendary south-east corner for some off-piste frolics and stellar DJ sets? The real Shangri-La is doesn’t exist this year, of course, so its designers have built a virtual one instead. As you do in 2020.

You can visit and watch virtual sets from the likes of Fatboy Slim, Peggy Gou and Carl Cox on smartphone (Android or iOS) or on PC (assuming it meets the requirements), but for the full experience you’ll need a VR headset like the Oculus Quest, HTC Vive or Oculus Rift.

What’s so impressive about Lost Horizon is that it’s green-screened its artists (above) so they can be beamed into the virtual space, whose four stages have been lovingly recreated right down to the artwork (which you’ll be able to buy, with profits going to the artists) and shady corners.

You’ll also be able to meet friends in the ‘multiverse’ thanks to the inclusion of fully customizable avatars. Naturally, this means virtual spaces will fill up just like the real ones, so make sure you reserve a (free) ticket on the Lost Horizon site. We’ll see you down by the front speaker.

Not planning to tune into Lost Horizon (above)? If Wireless’ music taste is more your thing – A$AP Rocky, Skepta, and Meek Mill were set to perform at this year’s event before it was cancelled – it’ll be going into VR on July 3.

The three-day event will now be transformed into a virtual reality event. It’s not currently clear what will happen here – for example, the organisers have yet to announce the names of those attending – but you can know the tech will be well done as Wireless did a similar thing in 2019.

A variety of the festival’s performances were filmed with virtual reality cameras allowing you to customize your view of the main stage. Obviously, it won’t be as glamorous as the festival was in 2019 and we can expect some major changes for when it’s reinvented for this year.

This is the only event on this list that takes place entirely within Minecraft. Yeah, this is a Minecraft festival, but it’s set to feature music and a variety of other activities. In fact, the organizers are calling this the “world’s largest virtual music festival”.

We don’t think that’s guaranteed yet, but it’s very likely to be the world’s biggest musical festival that takes place inside a video game.

You have to pay to access this one so you organizers are able to pay for the music you’ll be listening to, but it’s not too expensive and you’ll have the option of joining a Discord channel to chat with people too.

This London-based house and techno festival has grown at a rapid pace since its arrival in 2016 – and Junction 2 isn’t going to let a global pandemic check its stride. Replacing its usual home under an M4 motorway underpass will be a ‘3D digital setting’ containing a virtual dancefloor, digital art exhibitions and a series of live-streamed DJ sets.

You’ll be able tune into the six-hour broadcast via the website or digital radio, though Junction 2 also says “you’ll also have the option of joining through your favorite social media platforms”. So if you fancy discovering your next favorite electronic artist, it should be well worth tuning in – particularly as the event will be raising money for charities including Black Lives Matter and Refuge.

It might be charging something close to real-world festival prices, but Tomorrowland – based on the Belgian electronic dance music event – is promising a “never-before-seen interactive entertainment experience” based on “the world’s best technology in 3D design, video production, gaming and special effects”. In other words, this could be the Michael Bay of virtual festivals.

Unlike Lost Horizon, this festival won’t be fully recreating its eight stages in virtual reality, so you won’t need a VR headset – instead, the experience will be available on PC, laptop, smartphone or tablet.

Alongside diverse performances from artists ranging from trance titan Armin van Buuren to Pacha resident DJ B Jones, Tomorrowland is also promising a range if interactive experiences including webinars, games and workshops. It’ll be a full weekend event taking place from 4pm-1am (CEST), but there’ll also be ‘time-zone-friendly’ options for those watching in South America and Asia.