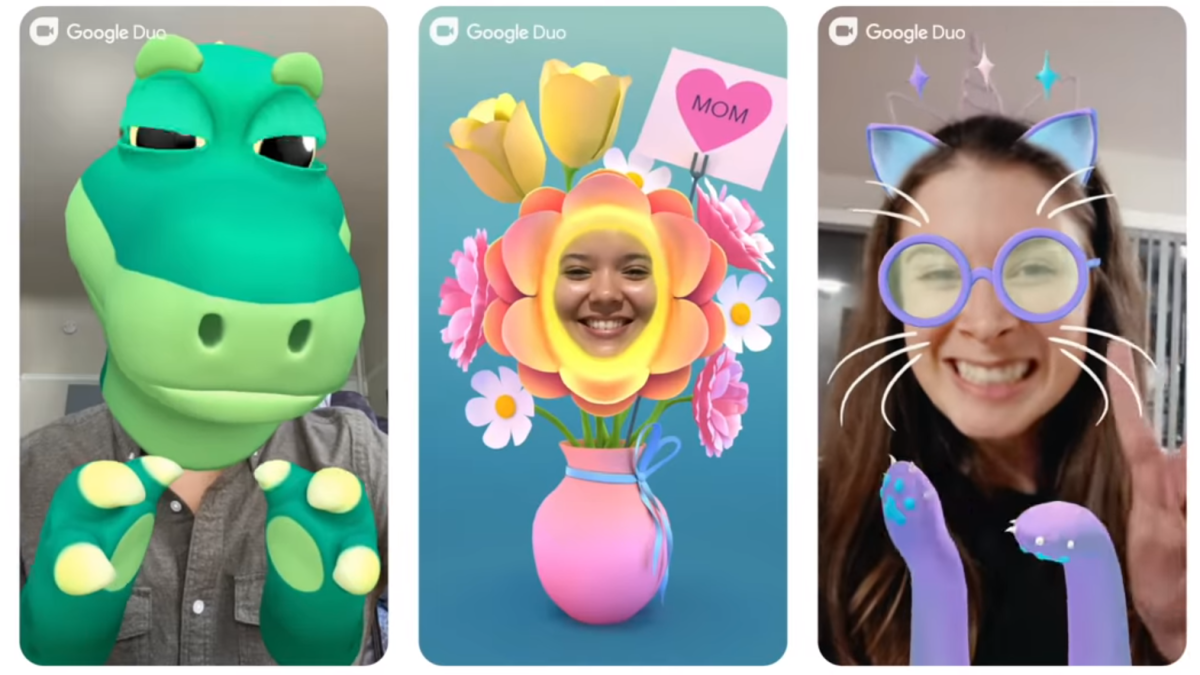 On Friday, Google announced it’s rolling out some new features for its video chat app. No, not that one, the other one. No, the other other one.

This latest update adds a “family mode” to Google Duo, the search giant’s mobile-friendly answer to Apple’s FaceTime and an app that you’d be forgiven for confusing with Google’s other video and text chat services, Meet and Hangouts.

Once activated via the menu icon, this mode lets you doodle on the screen and play around with effects and masks in the same vein as those you’d find on SnapChat or Facebook’s video calls. These masks and effects are also available in one-on-one calls, Duo project manager Humberto Castaneda announced in a company blog post Friday, and Google plans to roll out future additions themed to holidays and whatnot. Hopefully, they’re less disturbing than the one the Duo team cooked up for Mother’s Day, as seen below.

“We hope these features help you better connect with your nearest and dearest, and also bring a little bit of fun to your conversations,” Castaneda wrote.

Within the next few weeks, Google also plans to add web group video calls to Duo. It’s a feature already available on Google’s other video chat apps, and something tells me this new level of redundancy won’t do much to help clear up which one is which among users.

With so many people stuck inside under stay-at-home orders, Google—like many other video chat services—has been folding in a score of updates to help delineate Duo from the dozens of other video chat services available. Last month, it increased Duo’s maximum number of participants to 12 on Android and iOS to accommodate the sudden influx of users. The addition of a dedicated “family mode” seems like Google’s bid to market Duo as the family-friendly option on the market, especially with one of the most popular video conferencing platforms, Zoom, recently making headlines for a wave of security failures and disturbing troll attacks on virtual school classrooms.

In what could be read as a dig, Friday’s blog post makes a point to highlight that Duo features end-to-end encryption “as always,” a subject that’s caused Zoom significant embarrassment over the last few months after experts found the company’s encryption protocols didn’t quite stack up to its claims.