How two recent films are changing the conversation around abortion 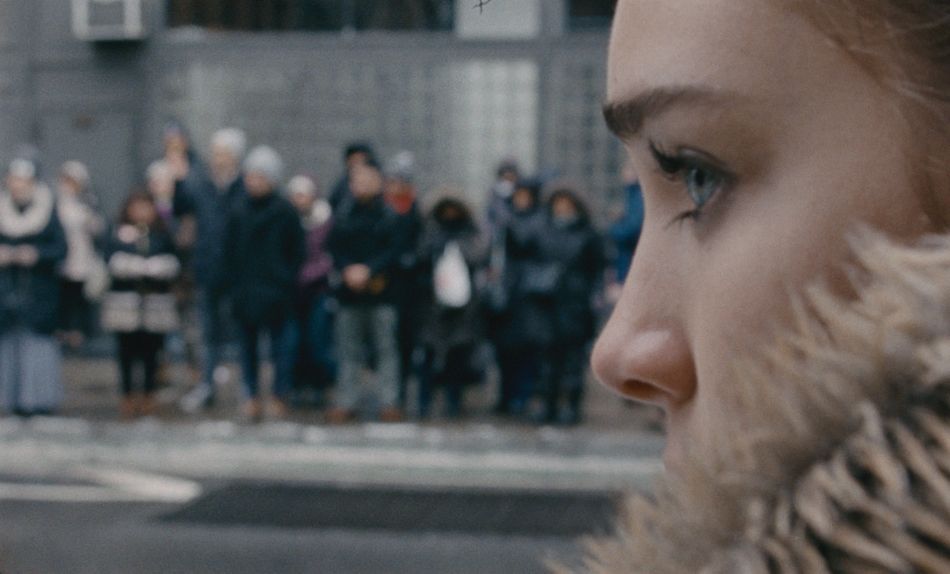 For Bridget, the heroine of Saint Frances, abortion was never a question.

“I’m for sure getting rid of it,” she tells her not-quite-boyfriend, Jace, shutting down his tentative suggestion they discuss their options. To Bridget, the answer is obvious. Indeed, it may be the only obvious answer she encounters over the course of the movie, which sees her stumbling almost by accident into a romance, a nannying gig, and a life-changing bond with her employers over the course of a summer.

In and of itself, Bridget’s decision isn’t so unusual — about one in four women will have an abortion by age 45, according to the Guttmacher Institute. What is notable, about both Saint Frances and another recent film, Never Rarely Sometimes Always, is how the choice to have an abortion is portrayed.

The two films sit at opposite ends of what might be called the abortion experience in the U.S. Bridget’s is relatively easy, involving a quick appointment with a doctor in her hometown of Chicago and a relaxing recovery with a considerate partner. Autumn, the teenage protagonist of Never Rarely Sometimes Always, is forced to embark on a harrowing trip from rural Pennsylvania to New York City for a complicated two-day procedure.

But both movies bring us into a rare intimacy with these characters. They grant us access to their most private moments, from small embarrassments to major emotional crises. Rather than talk gingerly around “smashsmortion,” or pull back with a late period or change of heart, these films follow through with the decision, and then hold our gazes even as things get untidy, uncomfortable, or downright ugly. In doing so, they bust wide open the pop culture conversation around abortion.

For Saint Frances writer Kelly O’Sullivan, who also played Bridget, being frank meant rejecting the usual portrayals of abortion as distressing or dangerous, and drawing on her own history. “I thought that there was an opportunity to portray an abortion the way I experienced it, which was not traumatic,” she tells Mashable over the phone. “Yes, involving complex feelings. But not involving guilt or regret.”

Saint Frances is pitched as a low-key buddy comedy, revolving mostly around Bridget’s growing friendship with her young charge, Frances. Even within that framework, though, the movie makes room for the unseemly realities of her life.

For starters, the film is replete with shots of blood. In contrast to films that treat menstruation as disgusting, or ignore it altogether, Saint Frances shows us blood on Jace after Bridget gets her period during sex early in the film, on sheets and underwear as Bridget continues bleeding after her abortion, in a toilet clogged by a used tampon.

“Watching characters onscreen experience something, it bizarrely teaches you how you should feel about something.”

The purpose is not to shock, but to reflect the everyday reality of life in a female body. “I think that messiness is an inherent part of womanhood,” O’Sullivan says. “The only way to portray the story realistically was to literally put the blood on frame. Because to not do that would continue to say, well, that doesn’t deserve a place in a woman’s story, when it realistically is regularly part of our stories.”

Similarly, the film allows Bridget to experience a full range of emotions about her experience, even when Bridget herself would just as soon shut them down — and shrewdly acknowledges that they’re further complicated by concerns about how she imagines others will react to her reaction, and the fears she’s internalized living in a society that disapproves of her choices.

It’s an ambivalence O’Sullivan is familiar with. “I know for me that when I went through the abortion, even though I had complex feelings, there was a part of me that felt like a bad feminist to admit that I had feelings about it at all,” she recalls.

Saint Frances, she hopes, will show audiences a better way. “I think watching characters onscreen experience something, it bizarrely teaches you how you should feel about something,” she says. Where negative depictions of abortion can inspire shame and fear, “to have the opposite of that, or at least different versions of that, I think, can show you that you’re not alone, and it’s okay.”

Except, that is, when it isn’t. Never Rarely Sometimes Always was indirectly inspired by the real-life tragedy of Savita Halappanavar, who died in Ireland in 2012 after being denied a life-saving abortion. Accordingly, it tells a much darker story. Autumn’s journey plays out like a thriller, set in a dizzying maze of legal restrictions with physical and emotional threats lurking around every corner.

Yet what the film takes to task is neither Autumn’s choice, which it presents as reasonable, nor the procedure itself, which is carried out with care and compassion. “I think what’s unique about Never Rarely Sometimes Always is it focuses on the real barriers that women encounter in trying to get a legal abortion,” writer-director Eliza Hittman tells Mashable. “My intention was to show actually how difficult it is to do these things.”

In Autumn’s case, the biggest hurdle is that minors can’t obtain abortions without parental consent in Pennsylvania; hence the trek to New York. She and her cousin Skylar end up roaming the city with very little money, no one to turn to, and nowhere to stay. The camera lingers on long silences and glances, denying an easy escape from uncomfortable situations.

“In writing the script, my goal is to connect the audience to her experience as much as possible, and they’re brought into very private spaces and very private moments,” says Hittman. “Especially for a male audience, bringing a male audience into a Planned Parenthood and into an operating room — it’s not an experience that they’ve had. So that was important for me, was to build a greater sense of understanding from an audience that may not have access to those types of experiences.”

Those ordeals include Autumn and Skylar’s interactions with men, rarely seen talking directly to the girls but frequently spotted leering or glaring at them. The girls take them in stride, because they have no other choice — as Hittman notes, “so much of coming of age as a young woman in this country is about learning to navigate and desensitize yourself, unfortunately, to male predators and male interactions.” 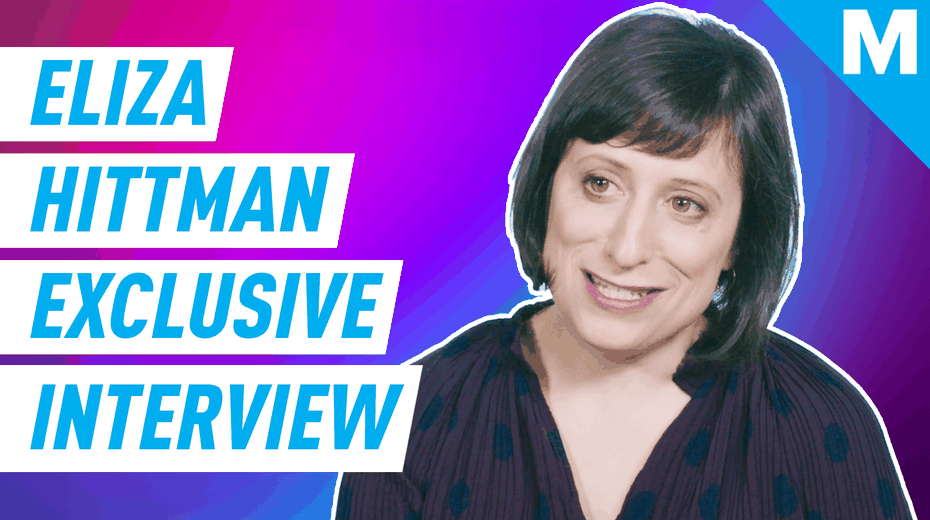 But if Autumn’s predicament has one ray of hope, it’s Skylar. The girls don’t speak much, even to each other, but they don’t have to. “I really wanted to explore, specifically, the unspoken bond between two young women who go through these aggressive experiences every day that involve men, and they have to silently look at each other and cringe in a way,” Hittman explains.

That sense of solidarity, at least, will be familiar to Bridget halfway across the country. For much of Saint Frances, she and her employers — a lesbian couple who’ve just had a second child via IVF — each struggle with feelings of isolation around their reproductive choices. It’s only when Bridget, Maya, and Annie begin to open up to each other, speaking more honestly about their resentments, frustrations, and insecurities, that they’re able to start healing.

“Whatever you’ve been made to feel ashamed for, then you don’t want to talk about it, and that is incredibly, incredibly lonely.”

“The thing that I’ve discovered is, whatever you’ve been made to feel ashamed for, then you don’t want to talk about it, and that is incredibly, incredibly lonely. You feel like you’re the only person going through it, and you also don’t know what’s normal, if you’re not having conversations about it,” says O’Sullivan. “It was just really important to us to show that isolation doesn’t bring anything good. To have conversations is really the most powerful thing about it.”

Saint Frances and Never Rarely Sometimes Always are helping to inspire candid and complicated conversations about a controversial topic, along with other recent films ranging from Obvious Child to Swallow. Often, Hittman points out, these narrative features are able to do so in ways other types of storytelling can’t.

“Especially with abortion, it’s very hard to find women who will be subjects in documentaries who have been through these types of experiences who want their faces on camera,” she explains. “So in a way, I think the film gives a face to the faceless.”

And while these two films present two very different perspectives on abortion in America, neither is meant to stand in for the entirety of the issue. “I think women’s experience with it is as individual as the people involved,” O’Sullivan stresses. “I know that with our movie, we’re telling one very specific story, one very specific experience. And there are so, so many different versions of other people’s stories.”

With any luck, Saint Frances and Never Rarely Sometimes Always will be followed by many, many more.

You also understand and agree that liquidnet us llc will disclaim any loss or liability resulting from:. Done. বিসিএস.