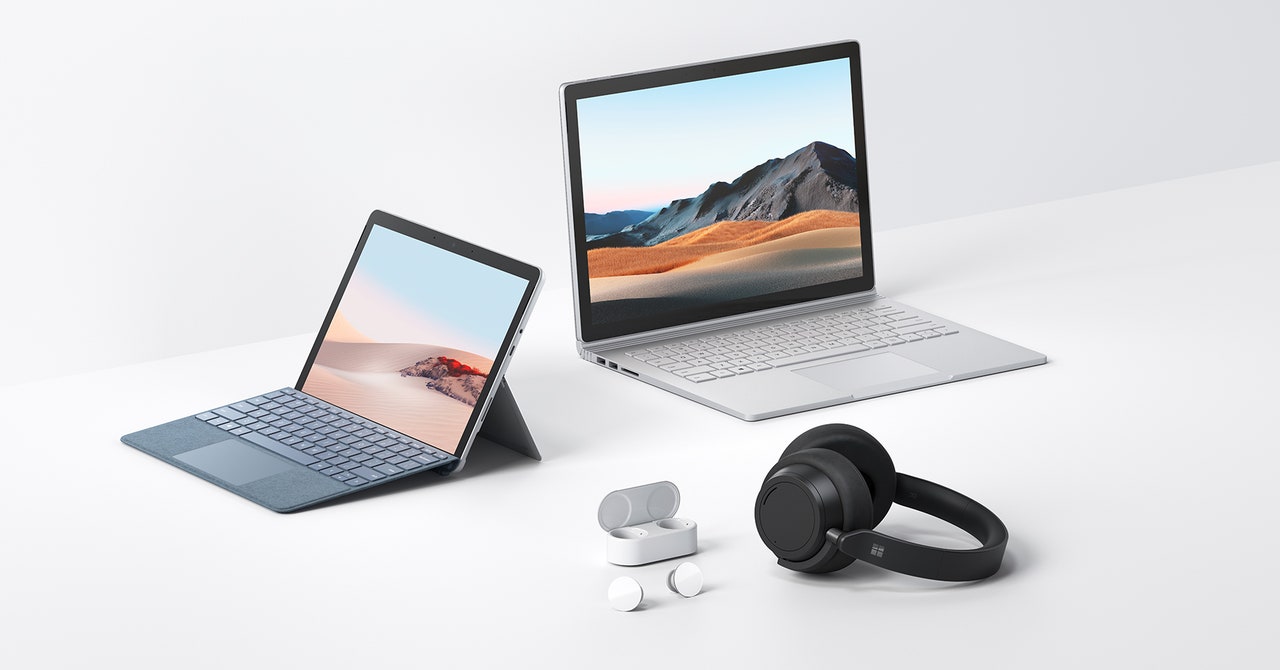 “This is a strange time to be launching products,” Microsoft corporate vice president Robin Seiler said in a briefing late last week.

No doubt. The tenor of product launches has changed drastically amid a backdrop of an ever-evolving global pandemic. Coronavirus-induced disruptions to supply chains across the world have cast doubt on big tech companies’ ability to continue manufacturing at their usual rapid pace. Not to mention the fact that 30 million Americans have filed for unemployment and are unlikely to be buying expensive new gadgets right now. Microsoft has also had a few shake ups of its own, and has canceled all in-person events for at least the next year.

“I wish that I could read the future,” Seiler says. “I think that everyone knows that there is quite a bit of uncertainty that is facing us. I do know that we are seeing demand for Windows PCs increase, and for Surface specifically, as people are adjusting to working from home.”

Demand may be surging, but during this strange new adjustment phase capitalism finds itself in, that doesn’t necessarily translate to increased sales. PC sales have been declining for several years, but they have dipped sharply in 2020, according to market research company IDC. Still, PC usage is up as people spend more time at home under lockdown. Microsoft is keen to position the Surface as the device to have during a protracted period of global unpredictability.

The Surface Go 2 is the second iteration of Microsoft’s entry-level tablet. It increases the size of its PixelSense display from 10 inches to 10.5 inches and adds dual “studio” mics for improved audio quality. Its processor is upgradable to an eighth-generation Intel Core M3, which Microsoft says gives it “up to 64 percent faster performance” than the previous Go.

Microsoft’s franken-tablet gets an update with the Surface Book 3. It has a full-size laptop-style keyboard (with better key travel than the Go’s clip-on type cover), and the screen detaches to become a tablet at the press of a button. Book 3 comes in a 13-inch or 15-inch package, which have battery life up to 15.5 hours and 17.5 hours, respectively. Seiler described the Book 3 as the most powerful laptop the company has made.