Netflix’s ‘Becoming’ is a visual reintroduction to Michelle Obama 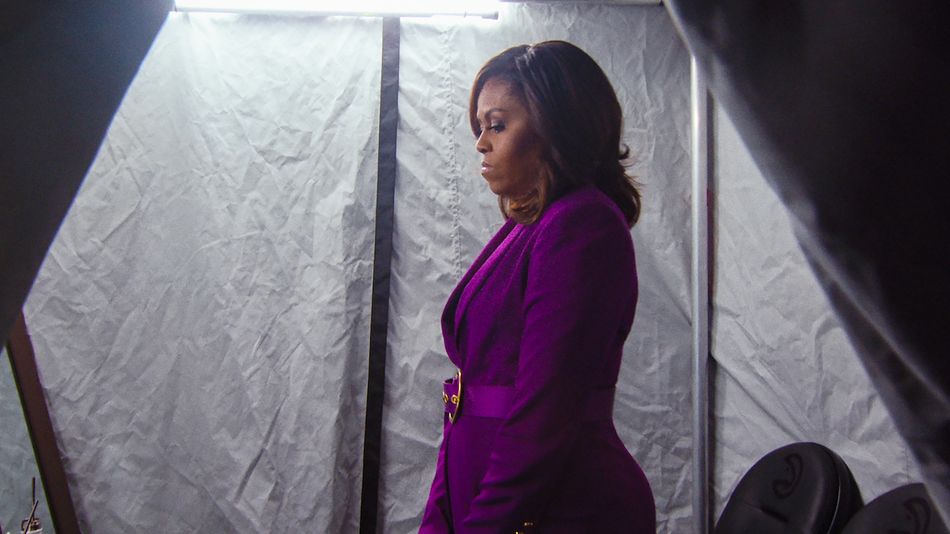 All products featured here are independently selected by our editors and writers.If you buy something through links on our site, Mashable may earn an affiliate commission.
By Alexis Nedd2020-05-06 18:19:37 UTC

At several points in Becoming, the new Netflix documentary covering former First Lady Michelle Obama’s 34-city book tour, Obama waits in the wings to be introduced to an audience of thousands. The people announcing her are household names — Gayle King, Oprah Winfrey, Stephen Colbert, Conan O’Brien — and the camera follows Obama from behind as she rolls her shoulders and steps out into the light. Each time the crowd roars to see her as she takes a seat on one of many identical stages, and the camera pans over rapt audiences stunned to be in her presence. Michelle Obama needs no introduction. She deserves the applause regardless.

Similarly, Obama doesn’t need Becoming, but it’s nice to watch it anyway. It’s a slick, emotional hour and a half that allows for a calibrated peek behind the scenes of Michelle Obama’s life on the road and offers much to those who want to bask in the familiarity that comes with checking in on a beloved American Icon. There are no reveals beyond what she already covered in her bestselling memoir Becoming, so the documentary hedges instead on the visual comfort of seeing Obama in her element. She is, as her eight years in the White House taught her she must be, unwaveringly calm, warm, poised, funny, and approachable.

In its best moments, Netflix’s Becoming uses the undeniable glamor of Obama’s public persona to drive home points about gender roles, blackness, and history. The documentary emphasizes Obama’s experience as a brilliant, Ivy League–educated lawyer who chose to mitigate her aspirations in favor of her husband’s career after becoming a mother. It also highlights the moment at which she realized partnering with her husband on the 2008 campaign trail meant exposing herself and her family to a legion of Americans happy to fabricate racist and incorrect narratives about her family (the “terrorist fist bump” scandal makes an appearance, as if to remind viewers how hard bad faith media outlets had to scramble to find offense in her behavior).

“It’s a testament to her hard work as First Lady and as a private citizen that the sparkling glimpse it offers feels like more than enough.”

Becoming also shines when it highlights some of the people who have been around Obama for years. Alan, her assigned Secret Service Agent, recounts stories of traveling and protecting her for over 12 years, and has an extremely charming collection of pictures on his desk where the Obamas are front and center while Alan is an ever-present fixture in the background. Her stylist as well gives insight into how she incorporated Obama’s personality into “First Lady fashion,” leading to eight years of colorful and iconic style moments that still inform the way American women dress.

When Michelle Obama speaks of wanting to tell her own story, from her humble beginnings to the elevated position she inhabits as a living historical figure, it’s hard to deny that she deserves the opportunity. Becoming is just polished and winking enough to acknowledge that the whole story can never actually be told. The version of Michelle Obama shown in the documentary is the apotheosized version those who already admire her have come to expect. To watch it is to understand that the girl from the south side of Chicago is now a woman with a team, a walking production whose control over her story is held in her necessarily manicured hands.

None of this is to say that Becoming comes off disingenuous. It comes off the only way it possibly can: perfectly “intimate” while maintaining the distance its subject requires to save some of herself for herself. Michelle Obama is smart enough to produce a documentary (Becoming is produced by the Obamas’ Academy Award–winning company Higher Ground) that reminds us of who she is according to her and her alone. It’s a testament to her hard work as First Lady and as a private citizen that the sparkling glimpse it offers feels like more than enough.

Becoming is streaming on Netflix now.