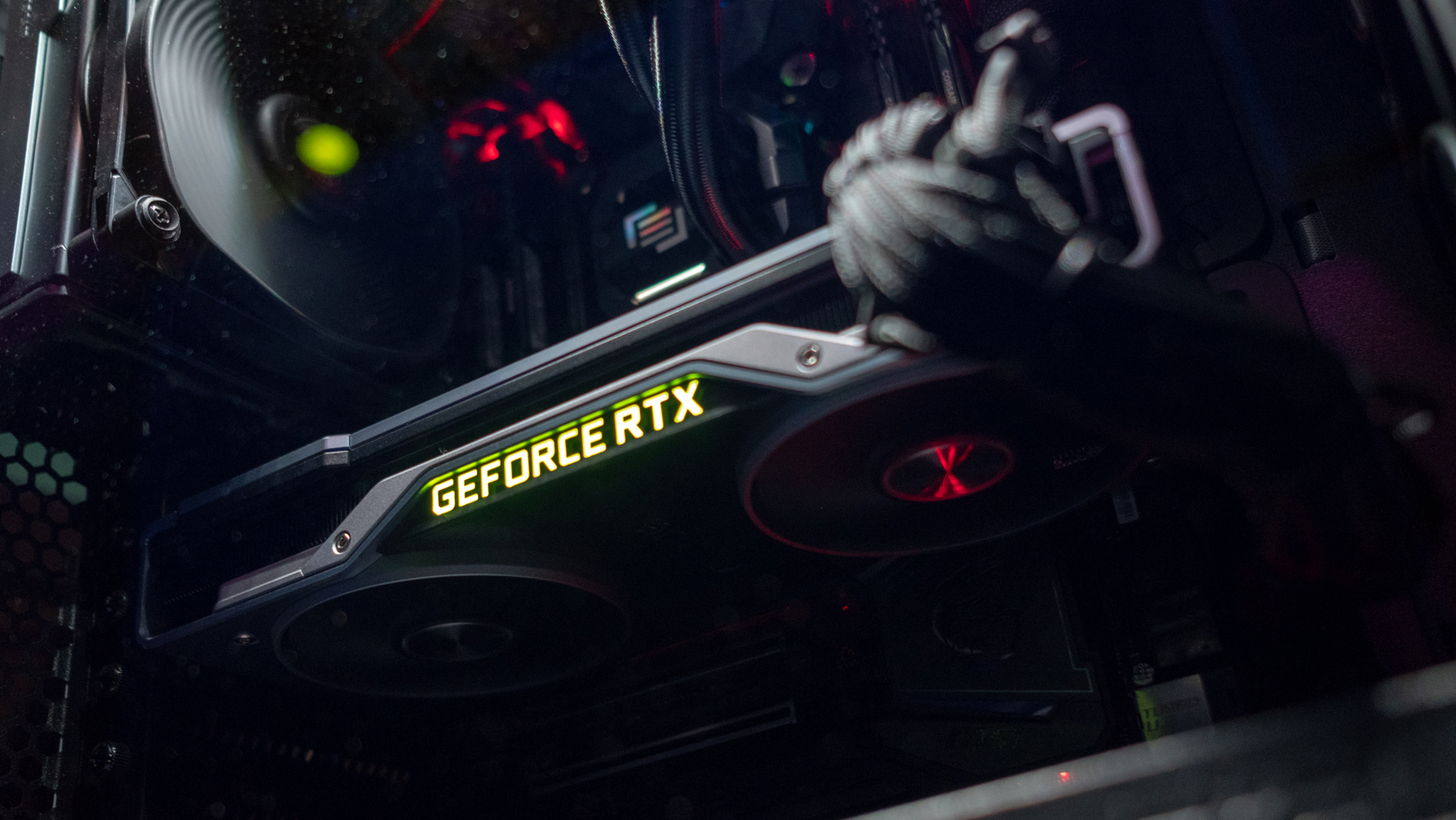 Nvidia’s GeForce RTX 3000 range is set to be something truly special, and could usher in a new era of 4K gaming on PC, at least if a freshly revealed graphics card leak turns out to be on the money.

This comes from the YouTube channel Moore’s Law is Dead, which we should note upfront is not one of the major hardware leakers that seem to pop up constantly. That said, the channel has been gaining traction of late, and we’ve seen some interesting details from it in recent times.

So – grab your handfuls of salt now – the YouTuber claims to have spoken to inside sources at Nvidia who have gone to great pains to eke out and share a lot of details on the firm’s next-gen graphics cards. (The other obvious major caveat being that this info pertains to the current engineering sample boards, so the info may change before launch, but should – broadly speaking – be in the right ballpark).

Much of the most interesting spillage concerns the GA102 GPU which will theoretically be Nvidia’s top-end Ampere consumer offering that’ll most likely be named the RTX 3080 Ti (assuming Nvidia logically carries on with its current generational naming scheme).

Whatever it ends up being called though, it’s set to be an out-and-out beast of a graphics card, allegedly running with hugely fast boost clocks of up to 2.2GHz, offering 21 TFlops of raw performance, and 18Gbps video memory – 864GB/s of memory bandwidth, around 40% more than the 2080 Ti (at 616GB/s). It will support PCIe 4.0, too.

Other lesser graphics cards in the 3000 range (GA103 and GA104) may even push those boost clocks to a mighty 2.5GHz, although that particular spec isn’t yet certain, but the Nvidia engineer who was the source of the leak expects this to be the case with the finished versions of the GPUs, apparently.

The overarching observation is that these 7nm RTX 3000 cards hit ‘massive’ CPU bottlenecks at 1080p and 1440p, and Moore’s Law is Dead argues that 4K graphics will become the mainstream standard with these new Ampere models. Yes, they will apparently be that much of a major performance leap for PC gaming.

Furthermore, he put some numbers on 4K performance, with claims that the RTX 3080 Ti will beat out its predecessor the 2080 Ti with at least a 40% frame rate boost in unfavorable (unoptimized) games – but it’s generally more like 50% faster, and even up to 70% better with certain titles. That is a massive claim, of course, and note that this pertains to performance with traditional rasterization (which most games still use, of course) rather than ray-traced graphics.

Speaking of ray tracing, the raft of information divulged in this leak also covers that particular facet of Nvidia’s next-gen graphics cards. With Ampere, Nvidia is reportedly not increasing the amount of RT cores (which accelerate ray tracing frame rates) on the card, but it’s making them perform better – a lot better. In fact, the claim is that the Ampere RT cores can pull off processing intersections at a rate four times faster than current RTX Turing cards.

In basic terms, even low-end cards from the RTX 3000 series (presumably meaning the RTX 3060) will ‘run rings’ around flagship Turing models when it comes to ray tracing (and that’s something we’ve heard hinted at with previous rumors regarding Nvidia’s next-gen cards).

To underline this, the YouTuber observes that the RTX 3080 Ti is something like four to five times faster than a current Titan RTX in Minecraft RTX. So again, these are massive strides forward, although he does take the time to also clarify that we are still far away from a full-on implementation of ray tracing – but that Ampere will be able to handle better ray tracing effects than we have now, while upping the performance ante to maintain ‘reasonable’ frame rates.

As to the appearance of Nvidia’s next-gen Ampere graphics cards, at least going by the current design configurations, they have a similar cooler to the existing RTX 2000 Founders cards except with three fans (rather than two) which should obviously provide better cooling (and apparently runs quieter, too).

The YouTuber further notes that sample cards are currently using just two 8-pin power connectors, whereas at the same stage in development, Turing models were using three – which could be a hint of a decent stride forward on the power efficiency front, too.

He also mentions DLSS 3.0 which will be ‘much better’ than version 2.0, which in itself was already a big improvement over the original implementation, so that’s interesting. Although it won’t be a silver bullet applied to all games – titles will still need to be specifically coded to take advantage of DLSS, although this should be easier for game devs with this incoming version 3.0.

Nvidia’s next-gen Ampere graphics cards are expected to arrive in the third quarter of 2020, perhaps following the Turing launch schedule in terms of keeping the lowest-end RTX model (3060) waiting in the wings until a later date, according to other gossip on the graphics grapevine.

Even if a Q3 launch is intended, though, there’s a possibility that coronavirus-related disruption may still interfere. We shall have to see, and keep our fingers crossed that we might just get some kind of a teaser relating to consumer Ampere GPUs at Nvidia’s GTC keynote, which is due to air on YouTube later this week (May 14).