Say There Were a Black Hole in Our Solar System: How Would We Find It? 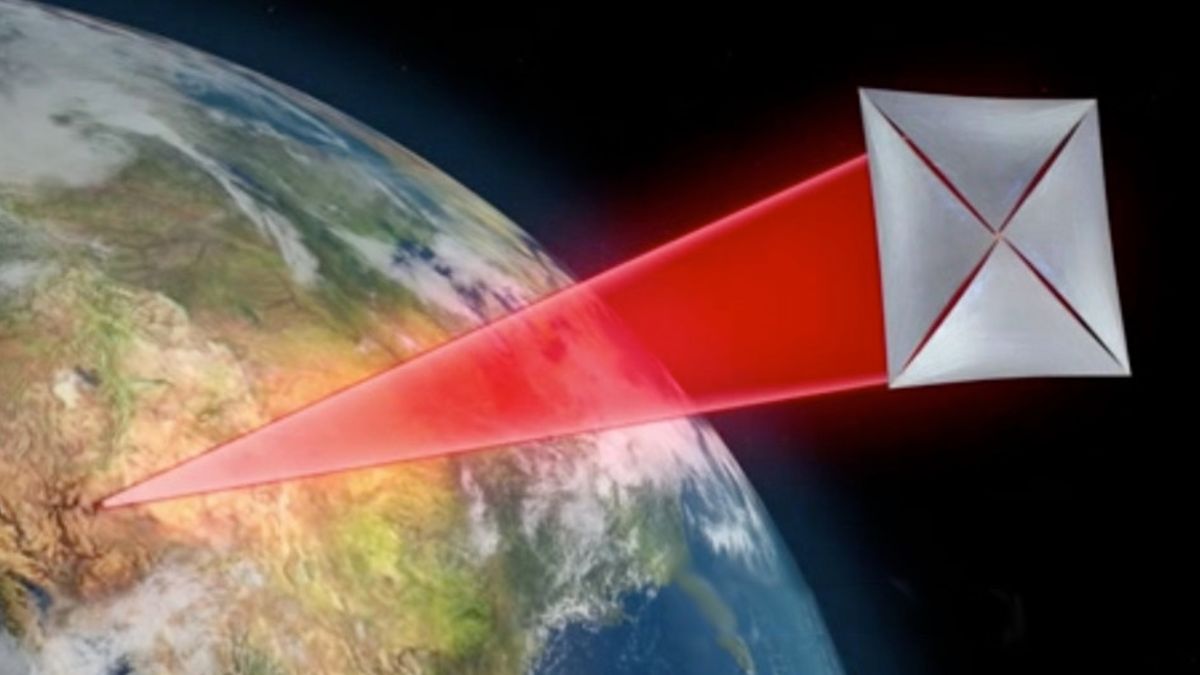 Last year, scientists published a paper with an iconic diagram: a black circle representing, to scale, a 5-solar-mass black hole—and the size of the hypothetical Planet Nine if it were a black hole instead of a planet. So, if Planet Nine really is a black hole, how would we find it?

Physicist Edward Witten, famed theorist at the Institute for Advanced Study, has an idea. All it requires is an army of small, laser-launched spacecraft with really accurate clocks.

The solar system, at present, has eight planets and a host of dwarf planets (including former planet Pluto). But astronomers have long wondered whether there could be a large ninth planet beyond Neptune that has so far eluded telescopes. Evidence for this planet stems from the strange collective motion of rocks past Neptune; they seem to move as if another massive object, five to 10 times the mass of Earth, were orbiting out there.

Telescope searches haven’t found Planet Nine, nor have they proven that it doesn’t exist. But last September, scientists James Unwin at the University of Illinois at Chicago and Jakub Scholtz at Durham University released a paper suggesting that Planet Nine could be a black hole that has stuck around since the beginning of the universe and now orbits the Sun. They realized that they’d made a provocative proposal and that their theory was unlikely, but they hoped that scientists would open their minds to looking for a ninth planet in different ways, such as with gamma-ray telescopes.

Witten took the idea a step further and imagined a mission specifically to hunt for Planet Nine assuming it were a black hole, publishing his paper on the arXiv physics preprint server. The work has not been peer reviewed.

The proposed mission relies on the Breakthrough Starshot proposal, where lasers on Earth are used to guide and power ultra-light spacecraft weighing just a few grams each. Witten proposes that you could send out a thousand of these spacecraft traveling fast enough to reach a distance of 500 AU (Pluto’s distance from the Sun is around 40 AU, on average). Each of these spacecraft would send timing information back to Earth. Slight changes to one of the spacecraft’s clocks could signal that it had intersected the strong gravitational field of tiny black hole.

So should we start building these craft? No, not yet. Witten said that the proposal should follow telescope searches or other, less conventional hunts. And it wouldn’t be easy. “Sufficiently accurate timekeeping in a miniature spacecraft may be the biggest obstacle to this project, though there are numerous other challenges,” Witten wrote. But hey, NASA is currently in the midst of testing an atomic clock for deep-space exploration, so many a breakthrough is on the horizon.

It’s good to know we have a backup plan for finding Planet Nine, should searching with telescopes alone fail us.