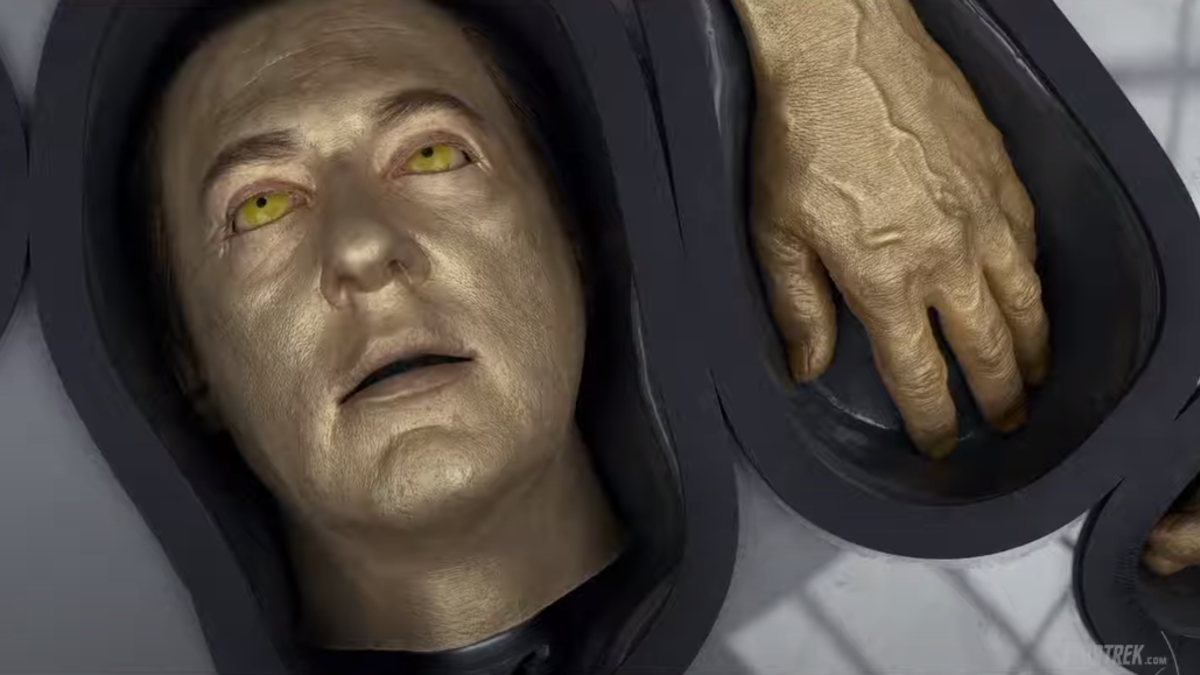 Star Trek: Picard’s first season had a special opportunity. It was the first, clearest picture of the post-Nemesis future of the Star Trek universe, and as such it had the opportunity to define that world, from both a thematic perspective and an aesthetic one. The aesthetics, in particular, are tricky things: how to balance the old with the new, and find objects and designs to populate the world with that are meaningful and interesting to look at?

That’s a job whose particulars, in regards to the objects of Picard’s future, of a prop master, and the prop master for Picard is a man named Jeff Lombardi. In a great video, Lombardi talks to StarTrek.com about the experience he had working on the first season of the show. He runs down consulting with Sir Patrick Stewart and the Picard creative team on various props and visual designs for the show, and how he worked to help give this future an identity that felt consistent with what came before while still being interesting in its own right.

In the most interesting section of the interview, Lombardi talks about the work they spent on the props used for the Data-like body shown to Picard early in the show. Apparently, rather than recreate new props, Lombardi and the production team sought out the original props used for Data’s body in The Next Generation, an endeavor that required finding and contacting collectors to whom the props had been auctioned off. The body that appears in the show is made of those same props, virtually unedited. The age and decay shown is simply the result of age.

Lombardi also discusses the process of creating the wardrobe and objects used by Picard himself, a process that involved him and the creative team putting together a list of choices and giving Stewart final pick. Which makes sense, as he’s the one who will have to directly interact with them. It’s striking how collaborative the process Lombardi describes is, and what a significant but unsung role the prop work plays in helping actors like Stewart find and embody their characters.

Star Trek: Picard’s first season is available to watch on CBS All Access, and a second season is on its way.