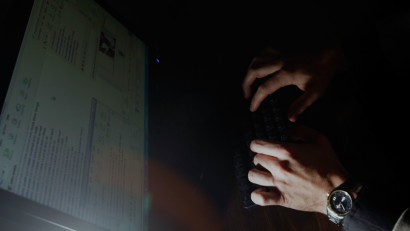 Yesterday, the prominent bitcoin investor Michael Terpin announced that he’d filed suit against the ringleader of a “SIM swap gang” that he’d been chasing down since 2018, following the theft of roughly a collective $24 million in bitcoin from his digital wallets. And it turns out the culprit, in this case, wasn’t a criminal mastermind, but a shitty teenager.

That’s according to the complaint Terpin filed yesterday against now 18-year-old Ellis Pinsky, a high school student in suburban New York who’s currently “on track” to graduate high school. As Terpin explains, the then 15-year-old Pinsky led a 20-person “cybercrime spree” back in 2018 along with 20 other co-conspirators, netting themselves a collective $100 million in digital crypto in the process.

“In his early teens, [Pinsky] began hacking computers with the mission of accessing his victims’ private accounts where they store their cryptocurrency holdings or private information,” the complaint explains. It elaborates:

Once his cohorts or he breach the security wall with a stolen mobile phone SIM card belonging to his ‘mark,’ they use that victim’s telephone or computer to locate information to take charge of the victim’s cryptocurrency accounts and to transfer the proceeds of those accounts to their control.

According to the docket, Pinsky met his co-conspirators online and worked with them to deliberately track down the telephone and carrier information of potential targets that had large holdings in the crypto community. They then used that information—along with “forged identity papers,” to coerce the carrier into giving the group control over the target’s phone. Once there, they would rifle through the phone owner’s files until they could access any account or password information about any cryptocurrency holdings the person might have.

Pinsky and his cohorts aren’t alone in their crypto-related crimes. Costs relating to these cases surged to roughly $4.5 billion last year, more than doubling from the year prior. That same year, Terpin was awarded nearly $76 million in a case against 21-year-old Nicholas Truglia, an undergraduate college student who allegedly worked alongside Pinsky in the 2018 heist.

These sorts of financial crimes, according to Terpin’s suit, “are no less insidious than bank robberies, credit card and bank fraud, and money laundering by drug traffickers and terrorists.” It just turns out that they’re also easy enough for a teen to pull off.