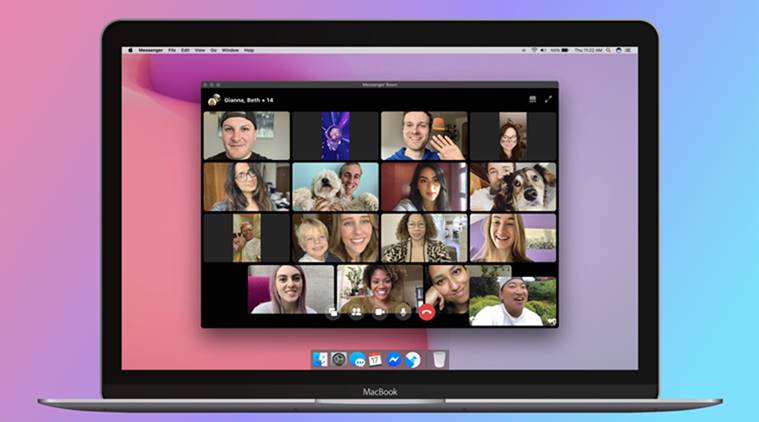 Close on the heels of launching Messenger Rooms as a real-time video conferencing alternative to the likes of Zoom, Microsoft Teams and Google Meet, there are now reports that Facebook could soon be integrating it into the Whatsapp desktop version.

A report on WABetaInfo suggests that Whatsapp has already started testing Messenger Rooms on the desktop version and the feature has already been made available to some users. The feature would be available on the Whatsapp web version 2.2019.6 which is slated to launch soon.

Facebook had announced the launch of Messenger Rooms on April 24 as a challenger to video calling platforms such as Zoom, Google Meet, Skype, Microsoft Teams etc. With its integration with Whatsapp, the Messenger Rooms could well become the easiest way to communicate via video conferencing on the web.

While Zoom has faced considerable flak over security and privacy concerns, others like Google Meet required users to have an email account on Gmail while Duo, which till recently required a phone number to log in, has now done away with this requirement in order to get ahead in the race that began since the Covid-19 related lockdown engulfed the world.

At the time of launching Messenger Rooms, Facebook CEO Mark Zuckerberg had indicated that it would be supported across Whatsapp, Instagram and also Portal, which is another video chat offering from the company. The current round of testing the integration of Whatsapp with Rooms is evidence enough that Facebook hopes to soon offer a seamless experience to users across its entire family of apps.

The Whatsapp for desktop version would get a shortcut to Messenger Rooms and users would be automatically taken to the Rooms window for starting a video call with friends. They could either start a video call or a Rooms call from either of the two apps. Once a user clicks on the shortcut, it would ask whether they wish to create a room from Whatsapp or head over to Messenger room directly.

Of course, the actual roll out of this feature will take considerable time given the fact that Messenger Rooms itself isn’t available yet to all users across the world. And this includes users in India.